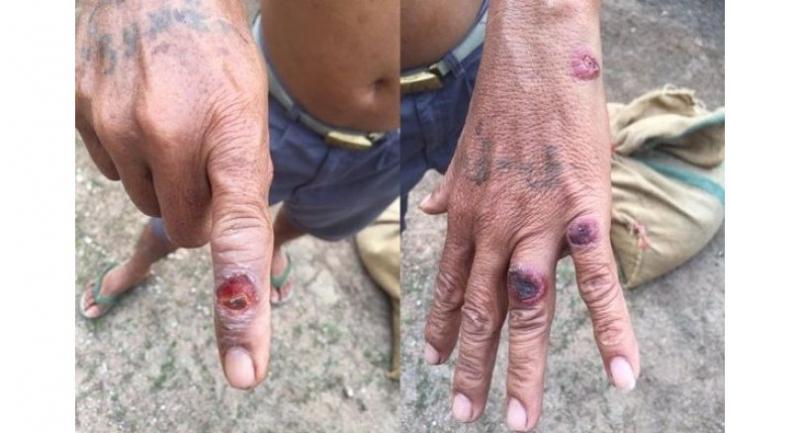 A team has been dispatched from Mae Sot Hospital in Tak to investigate a suspected anthrax infection after three villagers in Tambon Mahawan developed suspicious symptoms after eating goat meat reportedly brought in from a neighbouring country.

Hospital director Dr Thawatchai Setthasupana said the team was sent to Ban Mae Kone Kane (Moo 9) following news that people had anthrax-like small blisters or bumps on their hands and arms after eating the meat.

Tests on the hospitalised patients initially yielded a negative result for anthrax, but this might be because they had been given medicine at a tambon-level hospital, he said.

It was reported that 30 villagers had consumed the meat in question, but most of them had already taken medicine and they could not be successfully tested for anthrax. Instead, the hospital team collected samples from animal carcasses for lab tests with the results expected soon.

Thawatchai urged people to consume only cooked meat and not to eat animals that had died mysteriously. Anyone who developed anthrax-like symptoms should see a doctor as soon as possible.

While some reports suggested the meat had been brought in from another country, a villager told The Nation that it had come from five or six dead goats that someone had left in the village. The source said residents had asked to share the meat.

Anthrax is a rare but serious disease caused by the bacterium Bacillus anthracis that mainly affects grass-eating livestock. Humans can become infected through direct or indirect contact with sick animals, through an open wound, consumption of the meat or inhaling the spores.

Symptoms can range from skin sores to vomiting and shock, depending on how the person is infected. Prompt treatment with antibiotics can cure most anthrax infections.