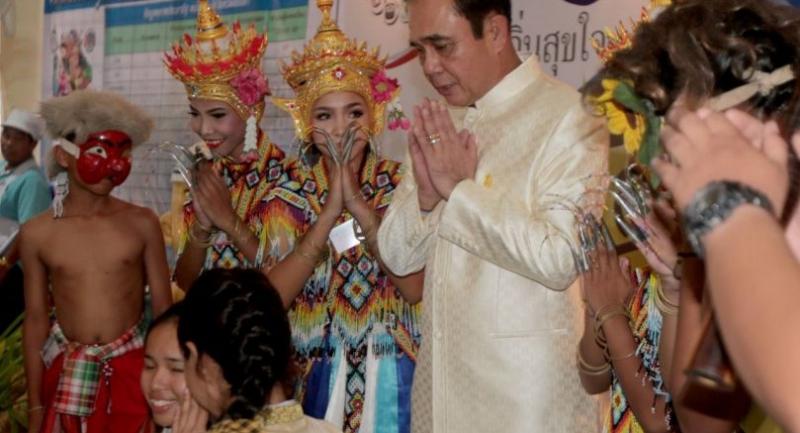 Prayut in the South.

Prime Minister General Prayut Chan-o-cha said on Tuesday during the mobile Cabinet meeting in the South that his recent ministerial reshuffle had been aimed at bringing in new faces to help boost the government’s image.

“The purpose of reshuffling the Cabinet is that I want new faces to make people realise that there is a change. People should then realise and acknowledge that there has been a [genuine] reshuffle,” he said.

The premier added, however, that what was most important was the government and the prime minister, who had to be someone that could tolerate all pressure because he needed to work for the country.

Prayut said that while former agriculture minister Gen Chatchai Sarikulya had been reshuffled, he would still be with him – as a deputy prime minister – so there would not be any problem following up on the farming policies he had initiated.

The PM said he also wished to have new faces and brains to help at the Agriculture Ministry after Chatchai had laid some foundations there, including the strengthening of farmers’ competitiveness.

Work at the ministry now needs to proceed into “phase two”, he explained.

The premier said he did not care where the new faces in his Cabinet were from, apparently referring to new Tourism and Sports Minister Weerasak Kowsurat from the Chart Thai Party, and stating that he was not a politician and did not need to make deals with anyone.

In regard to the change at the Defence Ministry, where Gen Chaichan Changmongkol has taken over from Gen Udomdej Sitabutr as deputy defence minister, Prayut said he had made the move because he would like Udomdej to concentrate on reconciliation.

Udomdej, he added, had been working with him in the Cabinet for three years, and he was now still with him at the National Council for Peace and Order.

The general understood the reason behind the move as he had talked to him about the reshuffle, the prime minister said.