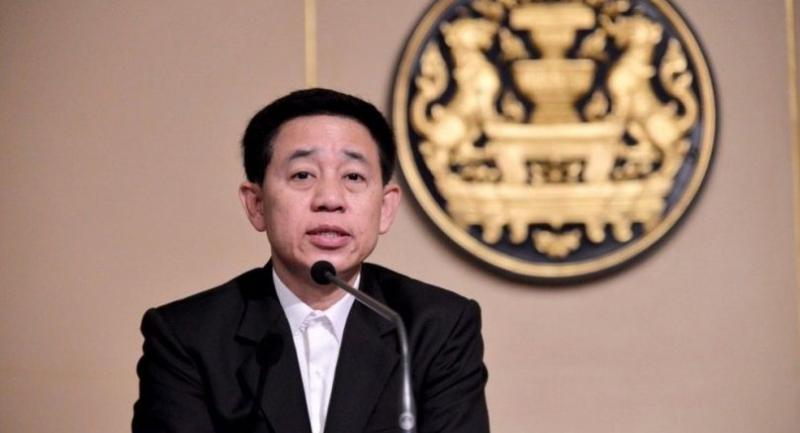 Government Spokesperson Lt-General Sansern Kaewkamnerd on Wednesday tried to clarify a statement he made on television that seemed to accuse a key protester against a controversial proposed coal-fired power plant of intentionally vanishing from public view with a woman.

Sansern spoke a day after his remarks were aired in the government-run “Thailand Move Forward” programme, where he elaborated on clashes between local protesters against the Thepa power plant project and security officers.

The clash, which brought injuries to both sides, took place near a Songkhla hotel where Prime Minister General Prayut Chan-o-cha was scheduled to stay during his two-day field trip to the South.

“There is one key protester named Mustarseedeen ‘Baemus’ Waba. There is a photo of him being escorted by police or military officers circulated online, saying that he has not returned home yet,” Sansern said.

“I’ve asked 4th Army Area Commander and provincial police commander. Neither of the authorities said that they took him away.”

He suspected that Mustarseedeen’s disappearance could be similar to an incident that occurred earlier in Saba Yoi district, where “they said he was taken away by the authorities but it was discovered later that he travelled away with a woman, who was not in his family, in Satun”.

He added: “I only suspect. I don’t accuse Baemus. This needs to be proven later on.”

Sansern’s remarks were met with fury on social media, where critics said he was blaming an ordinary person without solid evidence.

On Wednesday, Sansern said that he only wanted to convey that Mustarseedeen’s disappearance could be part of a hidden agenda to reflect negatively on the government.

“We need to speak the truth today. The government talks with rationality,” he said. “We can receive your requests but you need to consider that electricity demand in the South has increased. You only want an alternative power plant, which is not enough to sustain the region.”