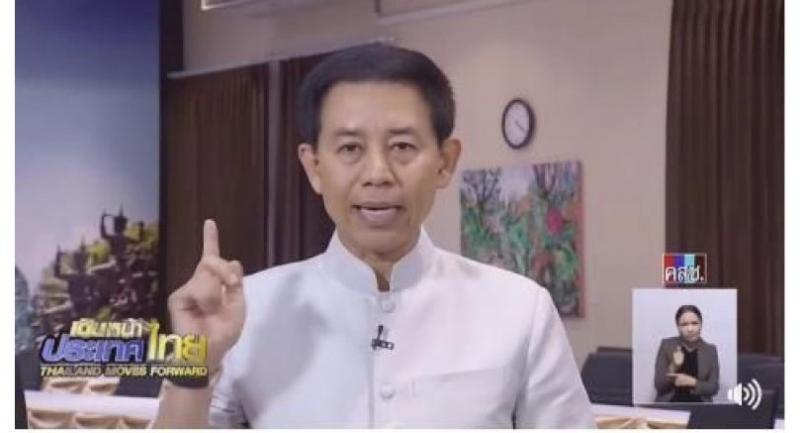 GOVERNMENT SPOKESPERSON Lt-General Sansern Kaewkamnerd yesterday was hit by a public backlash and criticism from the wife of an activist whom he insinuated had engaged in inappropriate behaviour.

Commentators scolded Sansern for his lack of “professional” conduct while holding such an important position.

Sansern made his latest gaffe when he compared a local activist, who was protesting against the construction of the Thepha coal-fired power plant in Songkhla during a mobile Cabinet meeting on Monday, to “a man who ran away with a woman”.

The clash, which resulted in injuries on both sides, took place near a Songkhla hotel, where Prime Minister General Prayut Chan-o-cha was scheduled to stay during his two-day field trip to the South.

“There was one key protester named Mustarseedeen Waba. There is a photo of him being escorted by police or military officers that is being circulated online, saying that he has not returned home yet,” Sansern said.

“I’ve asked the 4th Army Area commander and provincial police commander. Neither of the authorities said that they had caught him.”

He added that Mustarseedeen’s disappearance could be similar to when “they [his supporters] said he was taken away by authorities but it was discovered later that he had travelled with a woman who was not part of his family in Satun”.

“I only suspect. I don’t accuse him. This still needs to be proved,” he added. His remarks elicited fury on social media for blaming an ordinary person without presenting solid evidence. Surainee Sainui, Mustarseedeen’s wife and a political lecturer at Prince of Songkhla University Pattani campus, said she was disappointed that Sansern had not contacted her or their family before speaking.

“You need to be more professional. Communication is important,” Surainee said in a Facebook Live broadcast with her colleague Ekkarin Tuansiri.

Surainee added that she had learned that Mustarseedeen was safe but she did not know where he was.

Sansern defended himself yesterday, saying that he merely “used an example” to convey the message that Mustarseedeen’s disappearance might be related to a hidden agenda to smear the government.

“We need to speak the truth today. The government always talks rationally,” he said.

The 54-year-old Army officer, once considered a heartthrob in some circles, has been known to make abrupt, unsubstantiated gaffes since he assumed the role of the Army spokesperson. In 2010, he said on a TV programme that GT200 bomb detectors were efficient and worked by “detecting magnetic fields of each particular subject, depending on which kind of sensor card we put in”.

The Army spent million on the GT200s, which were used in the South and involved in accusations against many suspects, before they were found to be fake.

In the same year, as spokesperson of a special command centre dealing with red-shirt protesters, Sansern made public a diagram purporting to show a plot against the monarchy, accusing many Pheu Thai Party members, academics and activists of plotting against “national security”.

He later confessed in court the he only wanted to show a connection among the people named without actually blaming them for a real plot.