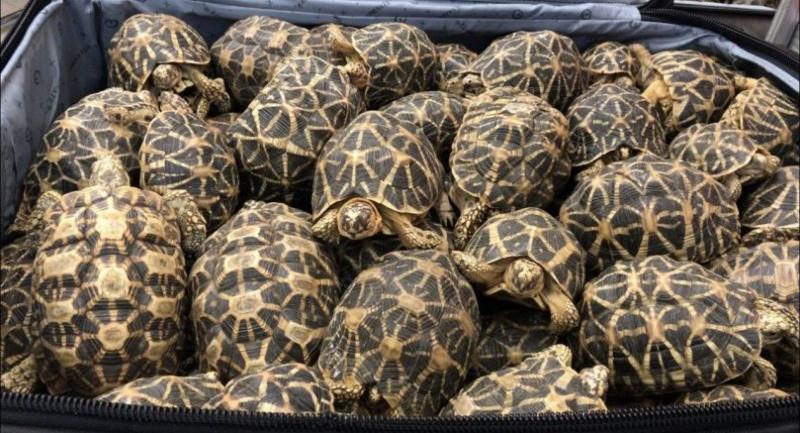 Customs officials found three suspect suitcases piled on a trolley near the sixth baggage conveyor belt at the airport’s arrival hall at around 1.30am. An X-ray of the unusually heavy suitcases found they contained the endangered tortoises, estimated to be worth at least Bt1 million in illegal trade.

The animals and related evidence were passed on to police at the Suvarnabhumi Airport precinct to hunt for the smugglers.

Police then transferred the tortoises to the National Parks, Wildlife and Plant Conservation Department’s care.