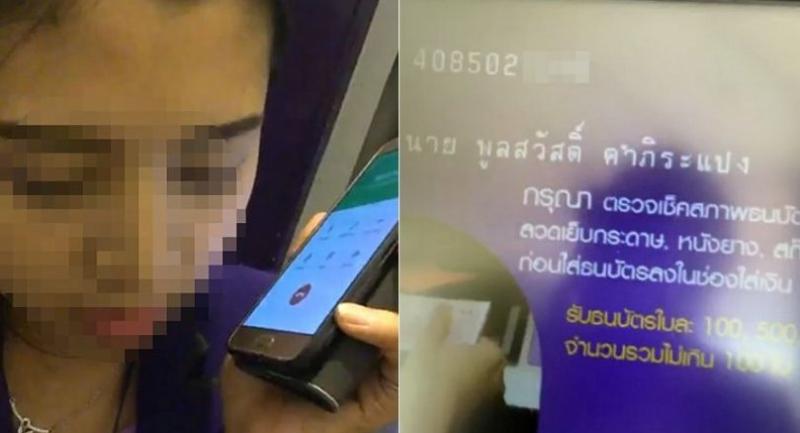 By PRATEEP NANTAPARP
THE NATION

A VIRAL video clip has prompted police to track down the man whose bank account is apparently used by a fraudulent call centre.

Investigators from the Muang Lampang Police Station yesterday headed to the house of Poonsawat Khamphira, 37, to question him over his role in the alleged scam.

“I was paid Bt1,000 to open this bank account on October 3,” Poonsawat told police. He said he received the payment as soon as he handed over the passbook and the connected ATM to a transvestite.

“And now my name has been the centre of the scandal,” he lamented.

Police did not arrest Poonsawat yesterday, as it is the duty of Ratchaburi police to take actions as the complaint about this case was filed there.

The complainant was Mareena Saengchai, a teller who works in Ratchaburi province. She has also asked her employer to consider taking legal action.

On Wednesday, she received a call from a person who claimed she had suspiciously sought a loan from a loan shark and hence had to submit her cash for examination.

She was asked to transfer money to Poonsawat’s account.

Mareena secretly recorded her conversation with the person and alleged accomplices. At some points of the conversation, she went live on Facebook and the video recording went viral on the Internet.

“Members of this gang sounded very convincing. I wanted to expose their fraudulent scheme. I really want to warn people in general about such scheme and to not fall victims,” she said.

During her conversation with the alleged gang, Mareena faked crying to convince it that she believed its claim as she hoped to get information on the gang.

That’s how she received the name and bank account number of Poonsawat.

Somchai Lertlarpwasin, who heads the Bank of Thailand’s Northeastern Region Office, said the central bank’s call centre had received 48 complaints about such fraudulent calls during the third quarter of this year.