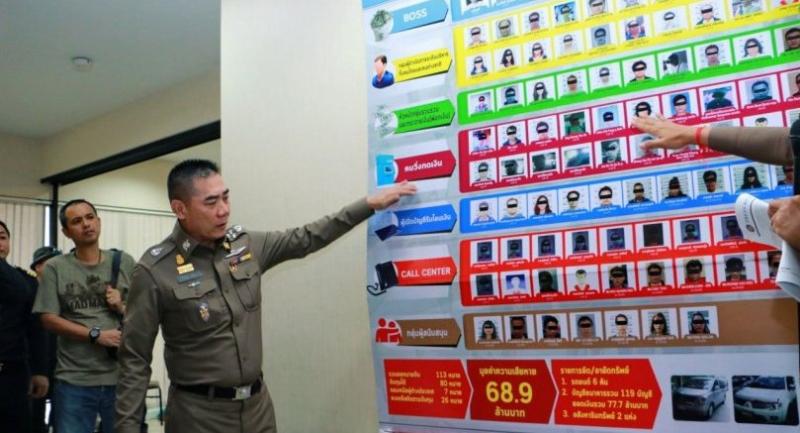 An Indonesian and two Thais have been arrested in Bangkok and Chiang Mai over alleged phone scams.

Police Commissioner General Pol Gen Chakthip Chaijinda, the national police chief, announced on Monday that Tommy Wu had been arrested at a rented house in Bangkok’s Ram Indra area, while Jirawat Klombang and Jiraphat Kanarujinanon were arrested in Chiang Mai. Four other suspects are being sought. They called people pretending to be officials of the police force, post office or Department of Special Investigation, he said. They would tell the victims they were suspected of being part of a criminal ring and had to transfer money to the gang’s accounts to be checked.

Chakthip said police would take action against anyone who opened a bank account for such call-centre scammers to use.