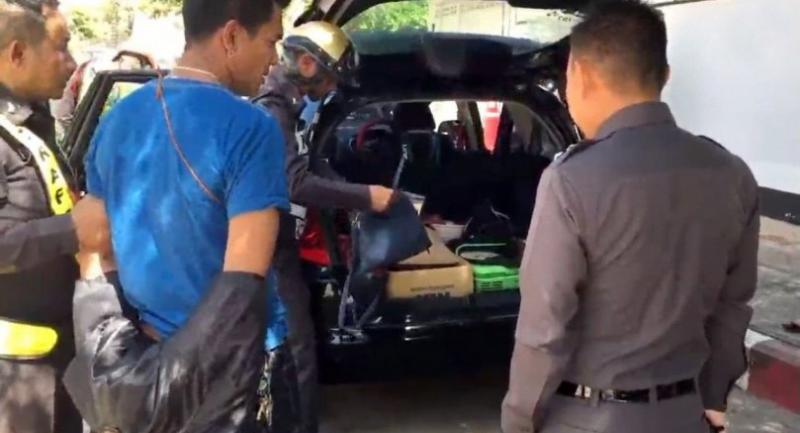 Police arrested a couple at a road checkpoint in Chaiyaphum on Monday after 300 methamphetamine pills and a pistol were found in their car.

The two, identified as Prakij Srisakul, 37 and Palida Khaomungkol, 29, were arrested at a road checkpoint at kilometre marker No 5 on Chaiyaphum-Nakhon Sawan Road near Ban Nong Bua Khao village. Police waved stopped the car at the checkpoint but they tried to make a U-turn forcing police to use a police car to block their way.

Police searched the car and found the drugs and a .22-calibre pistol and four rounds of ammunition.