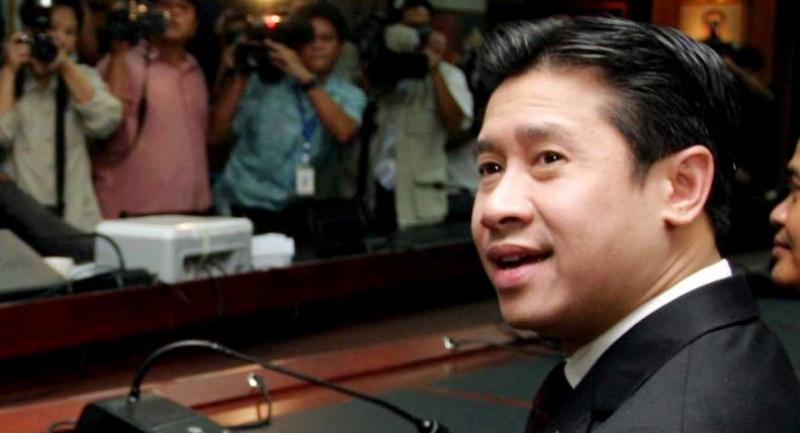 THE JUNTA government yesterday was criticised by red-shirt leaders and a political critic after it claimed to have discovered a cache of military-grade weapons and exploited the “questionable” incident to justify the continued ban on political activities.

Weng Tojirakarn, a key leader of the red-shirt umbrella group the United Front for Democracy Against Dictatorship (UDD), said the National Council for Peace and Order (NCPO) should stop looking for scapegoats and fulfil its promise to hold elections.

Although the discovery of the weapons cache in Chachoengsao was linked to the red-shirt activists such as Wuthipong “Ko Tee” Kachathamkul and Jakrapob Penkair, Weng said he supported a fact-finding process and encouraged the junta to bring the culprits to justice if the announcement of the discovery was true.

Weng said it was questionable why weapons had been found every time the government faced a difficult situation. For instance, people had been demanding the lifting of the political ban and “out of the blue” the NCPO found military weapons left over from an operation launched in March, he said.

The red-shirt leader also said it was widely speculated that Wuthipong was dead after unconfirmed reports that he had been kidnapped while in hiding in Laos.

However, he said the junta should pursue a double track, hunting down criminals responsible for the weapons and working towards next year’s elections.

Jakrapob, a former minister to the Prime Minister’s Office, took to Facebook on Monday to deny the allegations related to the weapons and condemned the military regime for spreading “false news”.

In the post, the opposition figure, who has been in exile for almost 10 years, denied any connection with the weapons, adding that the “discovery” showed the hopelessness of the accusers and those who believed them.

The former minister said the only people who needed weapons and bought many of them were “those in high positions with low moral standards in Thailand”, apparently referring to the military regime.

Jakrapob added that his only fight was based on democratic principles, a battle that the people could win without violence, which was against morality and universal principles.

However, he warned that an uprising was possible if the regime kept using its “old trick” to accuse dissenters of having ill intentions and using violence.

After the discovery of the weapons, the NCPO’s lifting of its ban on political activities seemed more unlikely.

A number of NCPO officials have said that political activities should not be allowed at present because of the “current situation”, regardless how the decision could affect the “road map to democracy”.

Political scientist Titipol Phakdeewanich said security was not a good enough reason to prevent the return of democracy. The junta would not lift the ban because it was consolidating its power to ensure its influence after the election, he added.

While activists and politicians were being kept quiet due to the ban, the NCPO would burnish its image and try to build its popularity, he said.

In a related development, US Secretary of State Rex Tillerson yesterday said in a statement to commemorate Thailand’s National Day that the United States was looking forward to next year’s election.