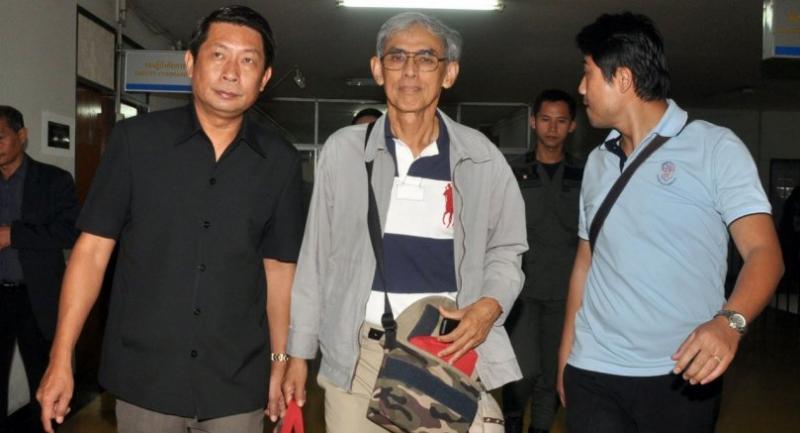 LT-GENERAL Manas Paorik, the former deputy commander of the 3rd Army Region, has surrendered to police after the Criminal Court issued warrants for his arrest and four other suspects after weapons were reportedly found in Chachoengsao’s Bang Nam Priao district last week. He was later feeed on bail.

They are facing charges of possessing weapons, ammunition and explosive materials as well as organising a secret society. The charges are in connection with a total of 18 cases, including the discovery of weapons in 2014 and this year.

There have been unconfirmed reports that Wutthipong was kidnapped and killed earlier this year. Some observers have said they suspected the discovery of weapons in Bang Nam Priao was a ploy by the junta to maintain political restrictions and delay the election.

Many suspects have already been arrested and prosecuted for the earlier discovery of weapons that were believed to be part of the same cache.

Wattana Sapwichian, who turned himself into police, has completed a 20-month jail term for his involvement in a 2014 case. He was not charged this time.