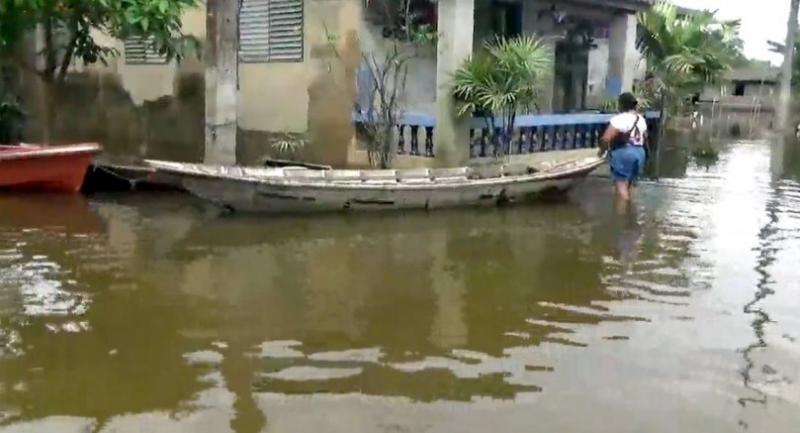 The flood level in Trang province has decreased gradually but low-lying areas in Muang and Kantang districts remained in one-metre- to three-metre-deep water on Sunday.

Floodwater in Trang's eight districts that had affected 80,000 residents have receded in most areas. Still under water are villages in tambons Na Ta Luang, Nong Trud and Bang Rak of Muang district and tambons Kuan Thani, Khok Yang and Yan Sue in Kantang district.

A village in tambon Nong Trud saw 500 homes submerged in 50cm-deep to two-metre-deep flood while a two-kilometre section of Nong Trud-Ban Lang Khao road was instill impassable by all cars.

A community behind Wat Chaeng in tambon Bang Rak saw 100 homes submerged, forcing residents to use boats for transport. Although the water level has lowered, it has also become stagnant and polluted. Children, elderly and women who had been previously evacuated to Wat Chaeng remained at the temporary shelter as the inundation is expected to take at least a week to dry.