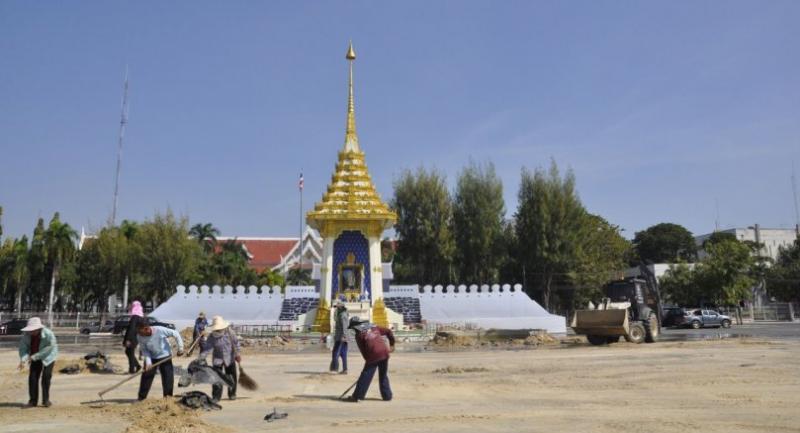 Work started in Nakhon Ratchasima province on Sunday to remove the replica of His Majesty the late King Bhumibol’s Royal Crematorium from in front of city hall to be reassembled and installed at an appropriate site for public viewing in Muang district.

The provincial committee, which will meet on Tuesday, is yet to decide where the replica will be installed, with it likely to be one of the four royal temples, Wat Phra Narai Maharat, Wat Bueng, Wat Payap or Wat Sudtajinda. The committee will also discuss whether the whole structure should be displayed or just the replica of “Phra Nopphapadon Maha Sawetta Chat”, the Nine-Tiered Great White Umbrella of State. A total of 85 scaled replicas of the Royal Crematorium were constructed around the country – one in each of 76 provinces, and the other nine in greater Bangkok. They were built to allow members of the public to present sandalwood flowers as a final tribute to the late monarch on October 26, the Royal Cremation Day.