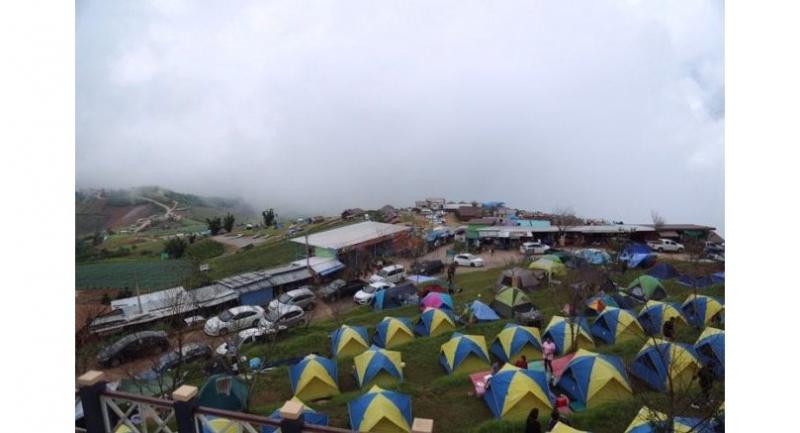 Tourists flocked to visit the Phu Tub Berk mountaintop in Phetchabun on Monday morning, causing a long tailback of vehicles from the famous destination to the town below.

Vehicles were waiting in line for several kilometres along on the road leading to the moutaintop in Lom Klao district. Officials said about 4,000 vehicles made the trip on Monday morning.

They said the temperature was about 6 degrees Celsius on Phu Tub Berk early in the day.

Meanwhile, Chanram Sridej, secretary general of the Phetchabun Tourism Federation, said accommodation around Khao Khor mountaintop in Khao Khor district had been fully booked on Sunday night due to an outdoor concert, “Overcoat 2017”.

She said a lot of tourists also stayed overnight in tents on the mountaintop to watch the concert, which she said, generated about Bt200 million for the province.