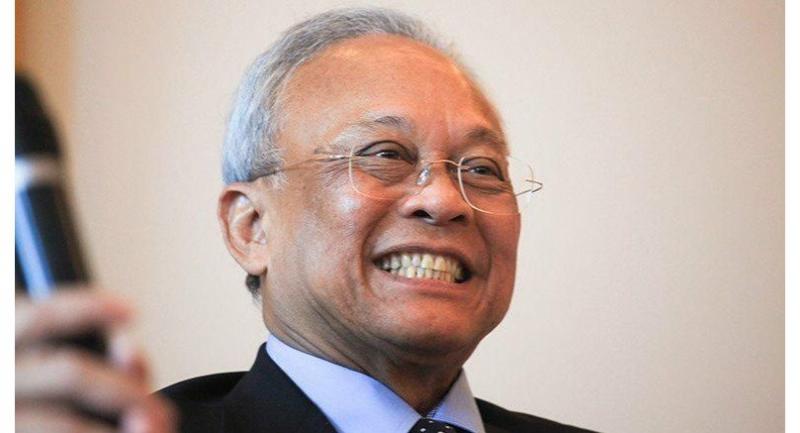 By POLITICAL DESK
THE SUNDAY NATION

Since the political party organic law was promulgated in October, all politicians have been closing in on the National Council for Peace and Order (NCPO), calling on it to unleash them from political restraint.

But given the recent move by the junta allies – former People’s Democratic Reform Committee (PDRC) leader Suthep Thaugsuban and former member of the nowdefunct National Reform Council Paiboon Nititawan – the unleashing they are getting could go beyond the political ban issue, and with dramatic impact.

Two months after the political party law came into effect, Paiboon last week, almost out of the blue, appealed to the National Legislative Assembly (NLA) to consider revisฌing the law in order to deregisฌter all members of all parties so that old and new parties could simฌilarly and fairly start over from scratch in the runup to the election.

The law states that existing party members could be exempted from paying membership fees for four years while new parties would have to collect at least Bt1,000 from each new member. That, according to Paiboon, was not fair.

A day after the card was played, Suthep, in a rare move, came out and voiced that to be fair with old and new parties alike, the political party organic law should be revised to fit with the current circumstance and to ensure political parties could exactly practise the law. Although he was not specific about the revision, the remark seemed to back and give more weight to Paiboon’s call.

It could be just a coincidence that two former leaders of the movement that paved the way for the 2014 coup came out around the same time to call for the organic law, already promulgated, to be amended to ensure fairness among parties. But if the regime really takes up the matter, interest will all be aligned to the NCPO’s side.

For one thing, if the promulgatฌed law were to be amended, the process would take several months at least to complete. And given that it is one of the four organic laws necessary for the holding of an elecฌtion, a vote delay could be expectฌed as a consequence. This was not to mention how the law associated with it – the MPs election organic law – will also need to be revised accordingly, hence prolonging the process as well as the rule of the current regime.

But on top of that, the revision could also have subtle effect on political polarisation both in the domestic and interparty levels.

By nullifying existing members of all parties as Paiboon proposes, party members and politicians would all be unleashed and become independent.

All cards would be jumbled and some could take this opportunity to shuffle and reposition themselves, getting out of an old party affiliaฌtion and into a new one with fewer hurt feelings among former allies.

The depolarisation would weakฌen existing parties but on top of that, it could be a plus for the militarybacked regime.

Given the legฌislative and other election preparaฌtions, ongoing military influence even after the election is on the cards. Some politicians may have seen this coming and are considerฌing joining up with a mediumsized party to back up the junta so they could be in the government, too.

In addition to the interparty level, a reshuffling would also take place in each party, too, after the deregistration of party members.

This could be the case for the Democrat Party, where there is a power struggle between the tradiฌtional democrat faction led by Abhisit Vejjajiva, who is backed by former leader Chuan Leekpai, and the emerging power of the PDRC led by Suthep, which enjoys strong political currency gained during the 2013 movement.

If the junta decided to push the reset button, Abhisit’s party leadฌership and the current party execฌutive members would be removed inexorably as their membership to the party is terminated.

The vacuum opens an opportuฌnity for the PDRC influence to take hold of the reins of the Democrat Party.

And given the alliance between the PDRC and the current regime, it is not hard to imagine how poliฌtics after the election would turn out under this scenario.