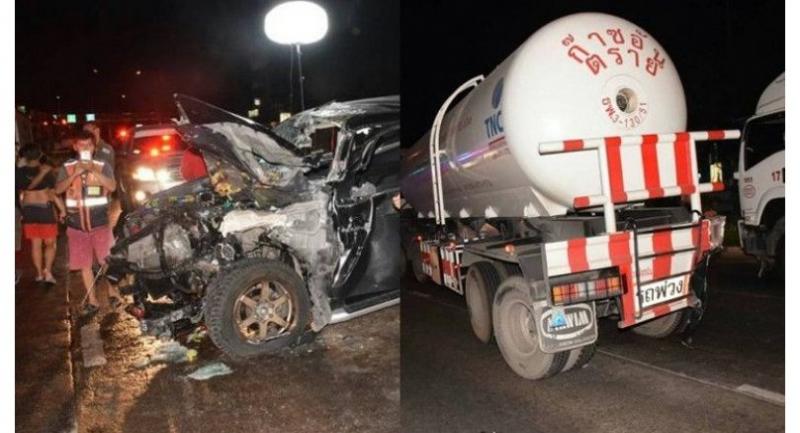 Seven people travelling in a pickup truck were seriously injured when their vehicle crashed into a truck in Bangkok’s Nong Khaem district at around 3am on Sunday.

Police have not yet been able to talk to the victims, all men aged between 21 and 33 years old.

Truck driver Chitchai Khiao-ngarm-dee, 32, said he was driving normally when the pickup suddenly banged into the back of his vehicle.

“They might have just been returning from a party. They smelled of alcohol,” he said.

Chitchai said had the accident caused leakage from the truck’s gas tank, the consequences could have been more serious.

Nong Khaem Police Station deputy inspector Pol Captain Sriprai Boonklang said the truck was stranded as its rear right wheel was damaged from the impact of the crash.

“We will call in crane trucks to remove these two vehicles,” he said.

He added that police would interview the injured victims later to identify the driver of the pickup.

Drunk driving is a legal offence.