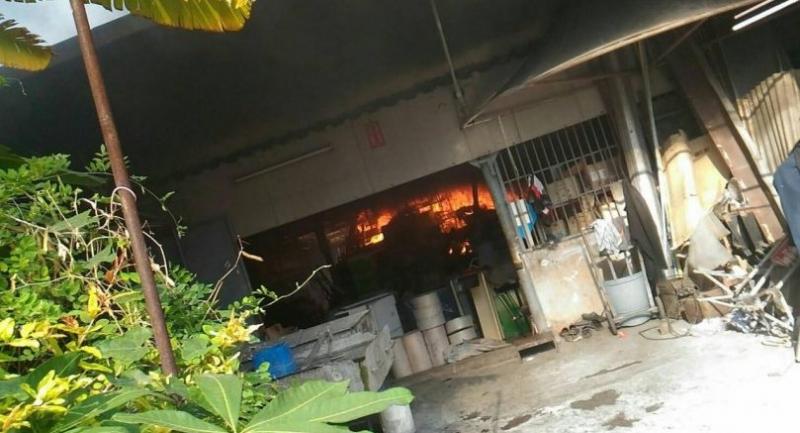 A paint factory and a metal factory in Bangkok’s Yannawa district were damaged by fire on Friday morning.

Police said the fire started at a paint factory on Soi Sathupradit 34 at 9.20am and quickly spread to a nearby metal factory. Police said two volunteers were injured when they tried to put out the blaze and were rushed to Lertsin Hospital.

The cause of the fire has yet to be determined.