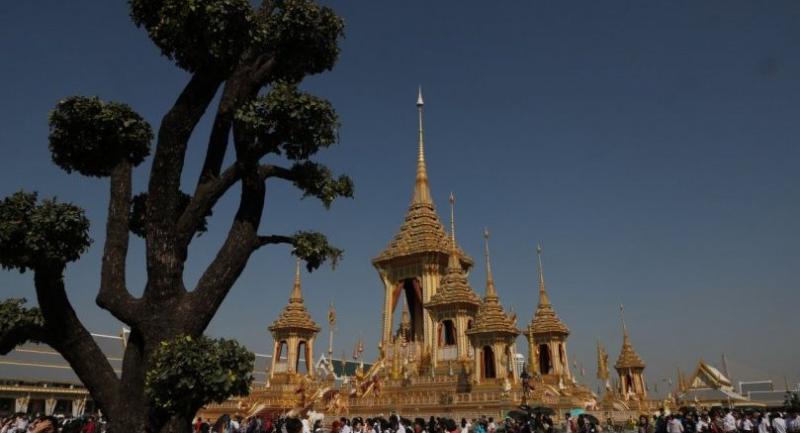 The process will begin around mid-January.

The ministry will present special Khon performances on December 30 and 31.

“As the Royal Crematorium is a temporary structure, audiences should visit soon. We hope the new museum devoted to the Royal Cremation of the late King Rama IX will be a new learning centre,” Vira said.

He said wood and metal from the Royal Crematorium would be reused in the new museum. “The new museum will cost about Bt80 million. It is located on a four-rai plot of land in Pathum Thani’s Klong 5. The exhibition space is around 10,000 square metres, including the Anodard Pond at the Royal Crematorium,” said Anan Choochote, director-general of the Fine Arts Department.

Anan said that the new museum would be located in a 200-rai compound, including the Supreme Artist Museum and the King Rama IX Archive. The new museum is expected to open in 2020.

Vira added other valuable decorative arts would also be on display at Klai Kangwon Palace, the primary summer royal residence of the late King Bhumibol Adulyadej, and other museums.

Suan Nong Nooch Tropical Garden in Chon Buri, which provided landscaping, will use some of the plants to decorate the Winter Festival at Dusit’s Sanam Sue Pha in February.