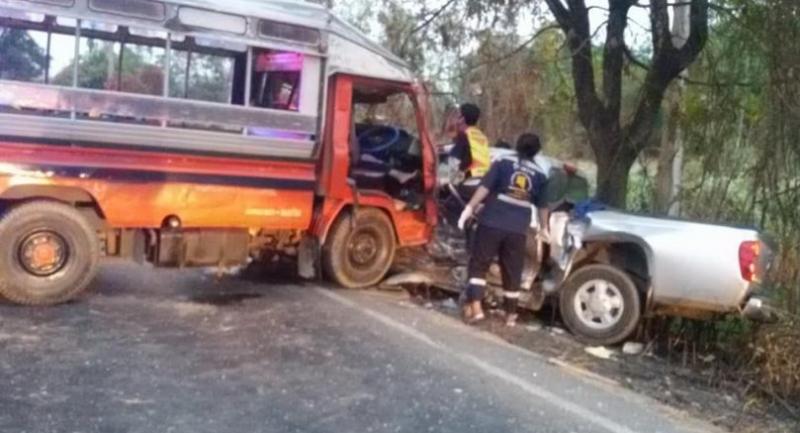 An 80-year-old grandmother and her relative were killed on their way to a hospital in Kamphaeng Phet province on Tuesday morning after the pickup they were riding in crashed into a truck transporting students. The accident also injured several of the students.

The grandmother, Samrit Meethong, was pronounced dead at the scene, while her relative Jamrong Meethong died in hospital. Samrit’s grandson, Thirawat Meethong, said he was the driver of the pickup, which sustained serious damages from the crash.

“I was trying to avoid a tuk-tuk when I crashed into the school truck,” Thirawat said.

Seven students between 12 and 16 years old in the truck were injured.