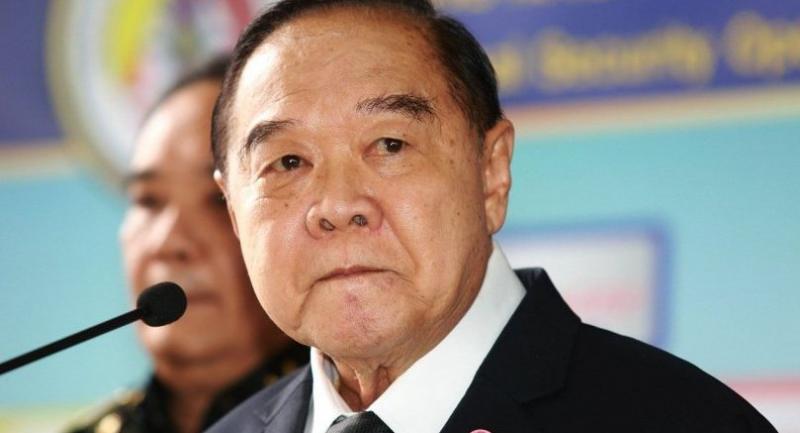 POTENTIAL CORRUPTION by government cronies is on top of the watch list released by the Anti-Corruption of Thailand (ACT) group yesterday.

As part of its “Top 10 issues to watch”, the ACT listed a number of concerns about the activities of people connected to the government. These included the alleged faulty declaration of assets, especially in regards to Deputy Prime Minister General Prawit Wongsuwan’s possession of luxurious watches and diamond rings.

Other issues included Prawit’s trip to Hawaii last year and the Interior Ministry’s endorsement of the use of public land in Khon Kaen by a private beverage company. Those issues, the organisation said, lacked clarification from concerned agencies and needed further explanation.

Second on the organisation’s watch list was “tea money” and other bribery in Phuket, especially concerning immigration.

Bribery related to temples was the third item on the list. The ACT said the issue had greatly affected people’s feelings as it concerned famed temples and monks around the country, yet the investigation seemed to be going nowhere.

An alleged bribery scandal concerning aircraft purchases involving Thai Airways International (THAI) and British engine-maker Rolls-Royce was ranked fourth on the watch list, followed by the PTT palm oil investment scandal which has caused the loss of over Bt20 billion of investment in Indonesia.

The other corruption-related issues on the watch list were: Police reforms; unfair legal treatment that allowed politicians to flee the country; the new National Anti Corruption Commission (NACC) bill; Article 63 under the new charter, which is supposed to support people to help in anti-corruption work; and other anti-corruption related laws, including the public information bill.

The organisation said the Royal Thai Police was the agency most often accused of being corrupt and, as such, people expected reform in this area.

Unfair legal treatment has allowed a number of politicians and influential figures to elude justice, ACT said. It added that there awere questions or roadblocks concerning anti-corruption, including the NACC law and Article 63.

The organisation urged the public to help it monitor any progress related to all of the 10 issues.