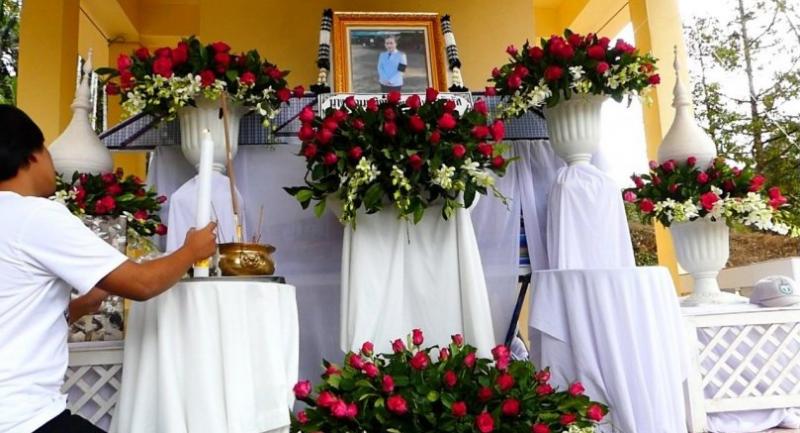 A cremation was held in Chumphon province on Thursday for a health official allegedly killed by her fiance just five days before the day they were scheduled to be married.

The rite was held at a temple in Sawee district at 1pm and attended by colleagues of the victim, Nontiya Kruajaturat, from Salui Community Hospital as well as about 1,000 villagers who knew her. Nontiya had set December 24 as her wedding day with Ronnachai Panchart, 26, and posted her pre-wedding photos and wedding card on Facebook, inviting guests to attend.

However, her body was found with a single gunshot wound to her chest in her room in the hospital on the morning of December 19.

Police subsequently arrested Ronnachai and his new girlfriend, Naruemon Chuaysombat, after learning of his earlier attempt to convince Nontiya to cancel the wedding, which she reportedly refused to do.

Ronnachai reportedly confessed that he had killed Nontiya because she insisted on the marriage and reportedly had followed him and Naruemon and made a series of threats.

Naruemon was detained and charged after police found that she bought the gun Ronnachai allegedly used to kill Nontiya for Bt7,000.

He also referred to Ronnachai and Naruemon, who have been charged with premeditated murder, saying they would be punished for their wrongdoing.

At the front area of the cremation, a pink board with roses initially intended to decorate Nontiya’s wedding was placed.

Ronnachai’s relatives did not attend the cremation.