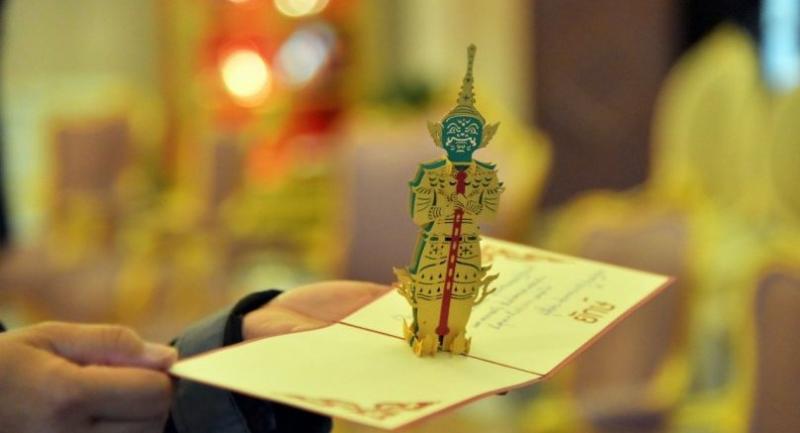 The reporters said they would like to convey the message that Yaksa, a Thai mythical guardian, has several faces like Prayut, who is responsible for various duties. The Yaksa also has several hearts hidden in several places, so it cannot be killed easily, the reporters added. PM Prayut thanked them for giving him the card. The premier said his heart is with the Thai people and the media, whom he urged to convey good messages between the government and the people.

He also blessed them with the Barami (a great power) of the Buddhist Three refuges, as well as invoking the late King and other royal members to help protect them and bless them with success.