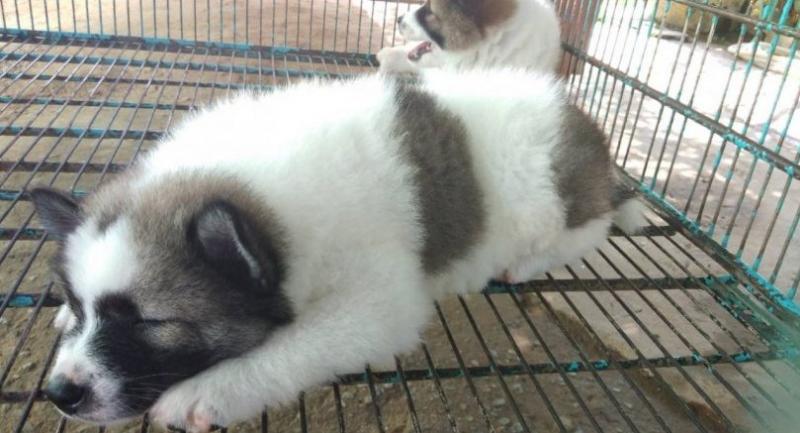 Prime Minister General Prayut Chan-o-cha has offered to sell pricey pedigree puppies that he bought from local breeders during his Cabinet’s recent retreat in Phitsanulok.

The move came after Srisuwan Janya, secretary-general of the Association for the Protection of the Thai Constitution, petitioned the National Anti-Corruption Commission (NACC), seeking an investigation to determine whether the prime minister had condoned a violation of the anti-graft law that prohibits public officials from accepting any gifts valued at more than Bt3,000. Prayut reportedly had said he would give a puppy to both Interior Minister Anupong Paochinda and Deputy Prime Minister Chatchai Sarikalya.

The prime minister bought three young dogs belonging to the famous Bangkaew breed for Bt25,000, although the market price was Bt6,000 for each puppy. He said the extra money was meant to encourage the local breeders. Purebred Thai Bangkaew dogs are known for their loyalty and fierceness as watchdogs.

Prayut on Wednesday was asked to comment on the possibility that his gifts to fellow Cabinet members could constitute a violation of the anti-corruption law. He responded: “I do not have any of the puppies I paid for. Anyone interested may buy them from me.”

Meanwhile, Anupong said he was aware that it was against the law for public office holders to accept gifts worth more than Bt3,000 and he would not accept a Bangkaew puppy from the prime minister because he knew that its price exceeded Bt3,000.

“Also, I do not want more dogs. I have some already at home,” the minister said.

When asked to comment on Srisuwan’s petition with the NACC, the interior minister said the whistle-blower had the right file it.