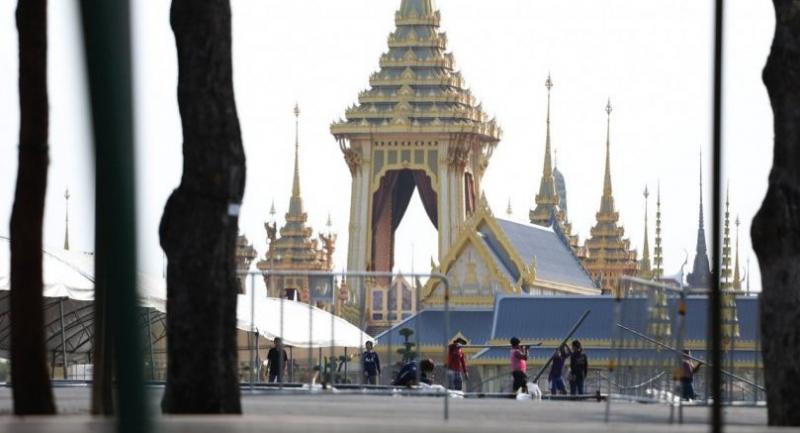 Officials have begun pulling down pavilions around the Royal Crematorium of His Majesty the late King Bhumibol Adulyadej at Sanam Luang.

The dismantling of the crematorium and surrounding pavilions are expected to finish around the middle of March. The premises were opened to the public from November to the end of December. It was reported that around 3 million people visited the site as part of their final farewell to the beloved monarch.

Photos taken yesterday showed officials pull down tents used as a waiting place for visitors to the crematorium. Meanwhile, the larger dwarf trees will be returned to Nong Nooch Garden and Resort in Pattaya while the smaller ones will go to Klong Toey Nai Temple in Bangkok.

The marigold flowers will be used for decorations during the winter festival in front of Dusit Palace scheduled for late this month.