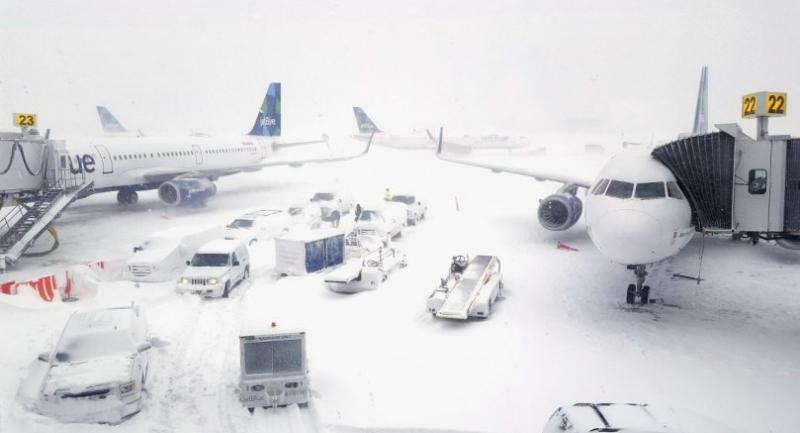 JetBlue airplanes wait at the gates outside terminal five at John F. Kennedy International Airport on January 4, 2018 in the Queens borough of New York City.//AFP

The Thai Consulate General office in New York has urged Thais there on the East Coast to closely follow news and updates as a major winter storm bears down on the area, causing the New York governor to declare a state of emergency.

In case of emergency and assistance needed, Thais could contact the office through its hotline at Tel 646-842-0864.

New York Governor Andrew Cuomo has declared a state of emergency as a major winter storm brings heavy snow and winds to the Tri-State area.

The governor said the state of emergency would be in effect for Westchester County, New York City and Long Island.

"Snow is one thing. We can handle snow. It's snow plus the wind which is going to cause the trouble today," he said. "The situation is going to get worse as the day goes on."