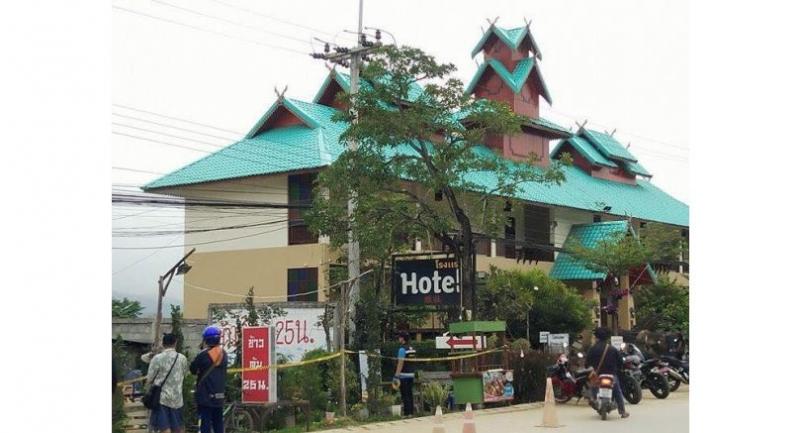 The son-in-law of a Mae Hong Son hotel operator allegedly shot to death three people in a khao tom shop next door early Friday because their customers were making too much noise.

Kitti Apaiphakdee called police at 4am to arrest him at the scene of the shooting in Pai district.

Police say he admitted to killing Banthit Jirathandol and his wife, Yaowalak Moolmirat, who owned 25 Hour, the small restaurant selling boiled rice, as well as their employee, Thanakorn Witthayabamrung.

Kitti, manager of the Ruean Fade 2 Hotel next door and son-n-law of the owner, told police he’d initially fired his 9mm pistol into the sky out of anger because the khao tom shop was staying open late with noisy, drunken patrons who were disturbing the guests at his hotel.

He said Banthit and Thanakorn came to the hotel to confront him and he shot them, then got a rifle from his room, walked to the rice shop and killed Yaowalak.

Neighbours told police that noise from the food shop had long been an issue with the hotel proprietors, whose guests sometimes checked out at night because they couldn’t sleep.

The legal 2am closing time does not apply to khao tom shops, so they tend to be popular with late-night drinkers.