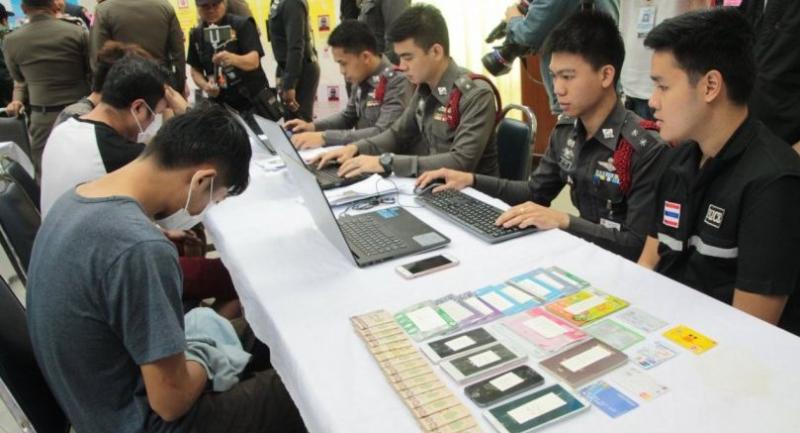 Wasitwich Sukbeungbon, 43, wanted for the charges of public fraud, home intrusion at night-time and theft, had allegedly withdrawn cash 40 times from ATMs in Bangkok and Samut Prakan. He was arrested at his home in Bangkok’s Lat Phrao district along with Bt154,000 cash. Natthapong Trairatanayong, 38, wanted for public fraud and allegedly aiding the withdrawal of stolen money, was nabbed at his rented room in Din Daeng district. Police said the three suspects confessed to the crimes while Wasitwich also reportedly confessed to finding other Thais to open bank accounts for the gang, and paying those people Bt7,000 per account.

The centre has received 226 complaints from victims who claimed to have lost a total of Bt100 million. Its investigations so far have led to the issuing of 44 arrest warrants and arrest of 28 suspects.