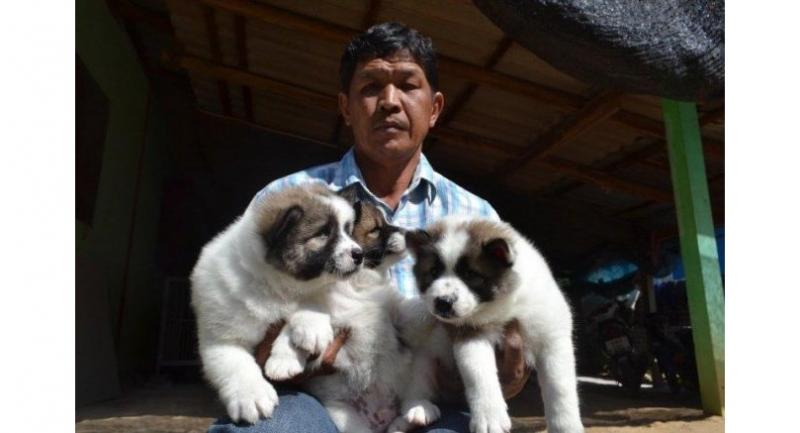 DESPITE THE suggestion from a deputy premier, the National Anti-Corruption Commission (NACC) remains reluctant to amend the long-standing anti-graft regulation that prohibits officials from accepting gifts valued above Bt3,000.

This follows a petition filed with the NACC to probe PM General Prayut Chan-o-cha, who had planned to give Bangkaew puppies, each of which was worth Bt6,000, to two of his ministers.

Prayut also paid Bt25,000 for the young dogs, Bt7,000 above the listed price during his December field trip to Phitsanulok.

Deputy PM Wissanu Krea-ngam tried to find some breathing space for his boss, suggesting last week that the NACC would consider an adjustment to the amendment to current limits to “keep in line with new laws”.

The puppies remain undelivered to the junta premier, who has kept mum about his next move, only saying that it would be done in a legal way.

The NACC secretary-general, Worawit Sukboon, said yesterday that the Commission had yet to consider adding an amendment to the graft regulation to its busy agenda.

“We thank Wissanu for his opinion but we have to take opinions from many sides,” Worawit said, possibly referring to the charter’s Article 77 that requires any legislation to involve hearings from related parties. “But we wouldn’t make it as big as a public hearing,” he went on, “only catching social thoughts should do in this case.”

Worawit also personally saw a good fit between the regulations – enforced since 1999 – and the current circumstances. While a draft for a new NACC law is in progress, he said, the regulation on receiving valuable gifts should be among the last to be considered.

Meanwhile, Panthep Klanaro-ngran, president of the anti-graft national reform committee under the National Legislative Assembly (NLA), made a pitch for updating the Bt3,000 gift limit to keep up with inflation and other developments. While the almost-two-decades-old regulation is still enforced, those who receive valuable gifts could avoid violating the letter of the law, though perhaps not the spirit, by transferring the gifts to their offices instead of keeping them for themselves. “Exchanging gifts is compulsory on some occasions, such as in international meetings ,” Panthep said.