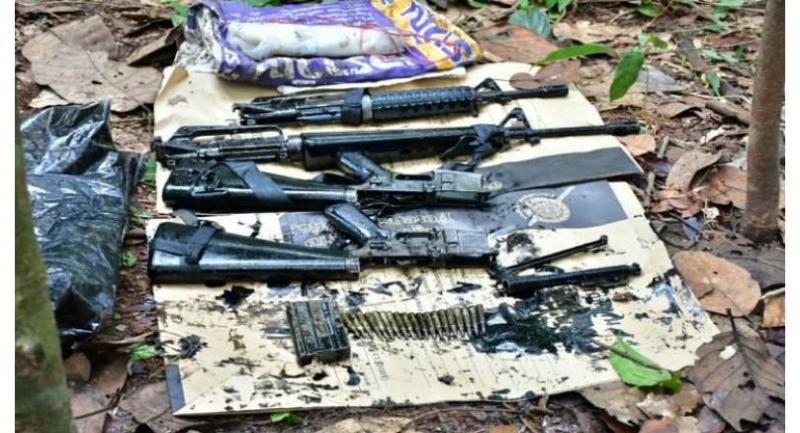 Two M16 rifles, 19 rounds of ammunition and equipment that could be used in making bombs, such was a modified cooking-gas cylinder, were discovered at a Narathiwat rubber plantation on Sunday afternoon.

Security officials believe the same site in Sri Sakhon district was where insurgents met to plan an armed attack on December 26 in which one ranger was killed and three other rangers and a civilian injured.

Paramilitary rangers, police and forensics officers searched the property based on testimony by Mahama (last name withheld), who is in custody in relation to that fatal attack.

A special task force of the 49th Rangers Regiment led by commander Colonel Charoon Chaturong discovered the disassembled M16 rifles and ammunition in a sack buried under a tree.

Five metres away, they found a 15-kilogram cooking-gas cylinder – already cut open ready to make an explosive device – and other bomb-making components hidden in brush.

The rifles are being tested to determine whether they were used in the December 26 attack, a police source said.