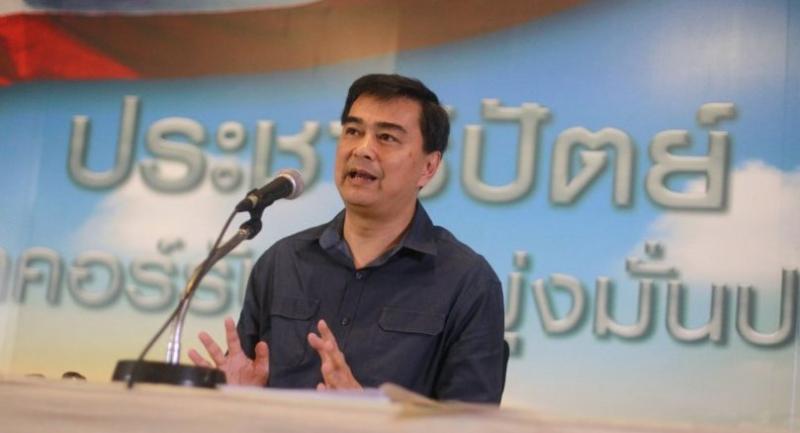 The Democrat Party will file a petition to the Constitutional Court via the Ombudsman’s Office, asking it to nullify the junta chief’s order to amend the political party law to extend parties’ administrative work periods ahead of the general election, its leader Abhisit Vejjajiva said on Monday.

Abhisit said the party’s legal team had held a meeting today at which it had resolved to prepare and submit such a petition to the court via the Ombudsman.

The absence of electronic channels for existing parties to contact their members and the requirement to provide evidence to prove members’ qualifications are clearly the burdens on political parties and their members, thus violating the 2017 Constitution, he said.

The requirement to report the status of party members within 30 days is an additional burden both on the parties themselves and their members, the former prime minister added.

The new charter requires any legal enactment or amendment to be subject to public consultation in line with Article 77, but the junta’s order fails to meet this need, he stressed. Abhisit also viewed that the junta chief’s absolute power under Article 44 of the interim charted used to issue the order had become obsolete, since the interim charter had been discarded following the promulgation of the 2017 Constitution.

In his opinion, the order goes against the current charter both in terms of public rights and legitimate procedures.

The invocation by junta head Prime Minister General Prayut Chan-o-cha of Article 44 to amend the political party law was announced in mid-December, with its prime purpose to help ease time limits for political parties to pursue some activities, including updating and registering their party membership, which originally ended this month.

However, other new conditions were also addressed in the new order that political parties see as being more of a burden rather than a relief.