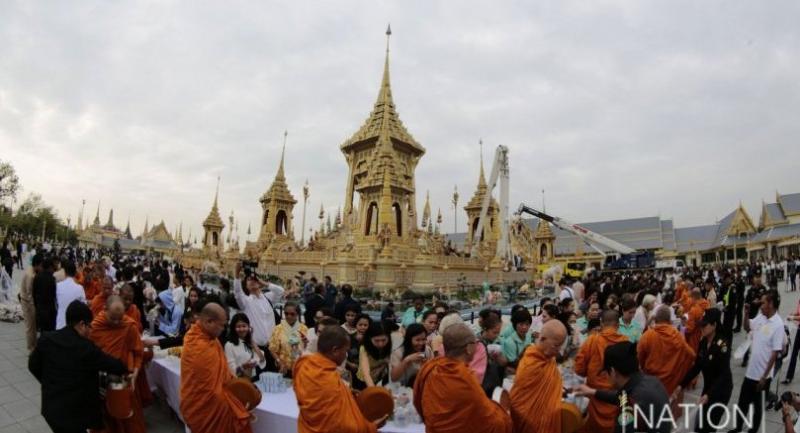 Prime Minister Prayut Chan-o-cha presided over a religious rite to mark the official beginning of the removal of the Royal Cremation structures honouring HM the late King Bhumibol Adulyadej at Sanam Luang in Bangkok on Thursday morning.

Decorations and paintings adorning the key crematorium buildings will first be relocated to the Office of Traditional Arts in Nakhon Pathom province, said Anan Chuchote, director of the Fine Arts Department.

Other features will be relocated to a new museum in Pathum Thani province with the intention that younger people can learn about Thai culture as represented by the monarchy by viewing the works.

The removal will be finished in the middle of March, Anan said.