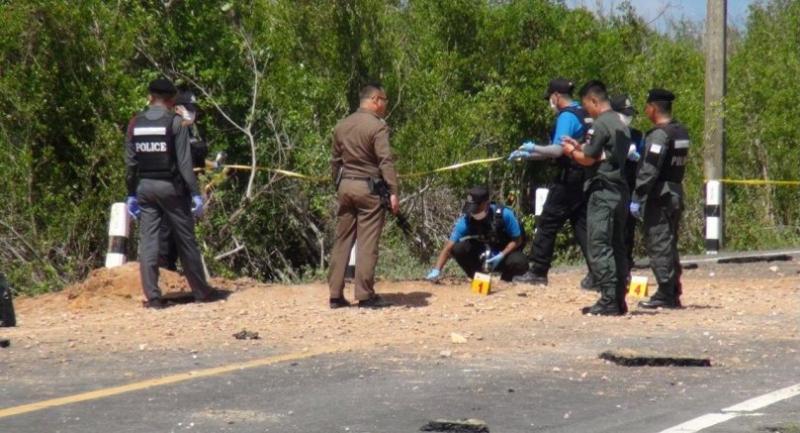 Pattani governor Weeranan Pengchan on Thursday presented initial assistance of Bt10,000 to each of the 10 paramilitary rangers injured in a roadside bomb attack in Nong Chik district the day before.

The 10-strong team was securing the route to Ban Sai Mor School, where forensics specialists planned to investigate a report that CCTV cameras had been set on fire by suspected insurgents. A bomb planted in the road in the village of Ban Sai Mor (Moo 6) went off at about 10am.

Piyawat said a manhunt was launched in Ban Pakaleusong, three kilometres away, where insurgents were believed to be hiding.

With community leaders observing, the five-hour search ended with the arrest of two suspects.

Piyawat said Waemamu Deuramae, owner of the home where the pair were found, was being sought and faces a charge of harbouring fugitives, which could lead to a two-year jail term.