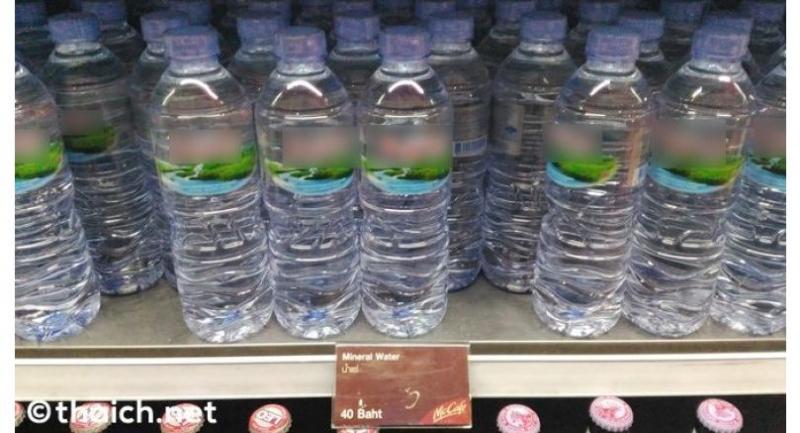 Airports of Thailand (AOT) has denied as “inaccurate” complaints about the excessive prices for food and drinks at Don Mueang and Suvarnbhumi airports as reported in a Japanese-language travel website.

Passengers’ complaints about the high price of bottled water at Don Mueang Airport – Bt40 – was first reported on the www.thaich.net website and later shared on the Facebook of Bangkok-based Japanese businessman Akihiro Koki Tomikawa who complained that a bottle of water at Suvarnabhumi Airport also cost Bt40.

In response to the article shared on Facebook of the Japanese expat, AOT issued a statement on Wednesday, saying the report is “inaccurate” because a 500ml bottle of water costs less than Bt10.

Mineral water costs between Bt25-50 depending on the manufacturer and brand, it said.

Tomikawa, who has over 60,000 followers on his Facebook page, became known to the public after he complained about taxis overcharging foreign passengers at Suvarnabhumi three years ago. The statement said AOT had asked for cooperation from vendors to add at least one budget dish on their menu and put price tags on all goods. It said it had publicised that there is a free water machine and an affordable food court as an alternative.

It also said the AOT had set a condition to vendors that the price of goods and services should not be more than 20-25 per cent of market price but it depended on economic situation and the cost of living in the airport location. Reacting to complaints from passengers, Prime Minister Prayut Chan-o-cha ordered relevant agencies on Tuesday to probe why the prices of food and drinks at Suvarnabhumi and Don Mueang airports were very high.