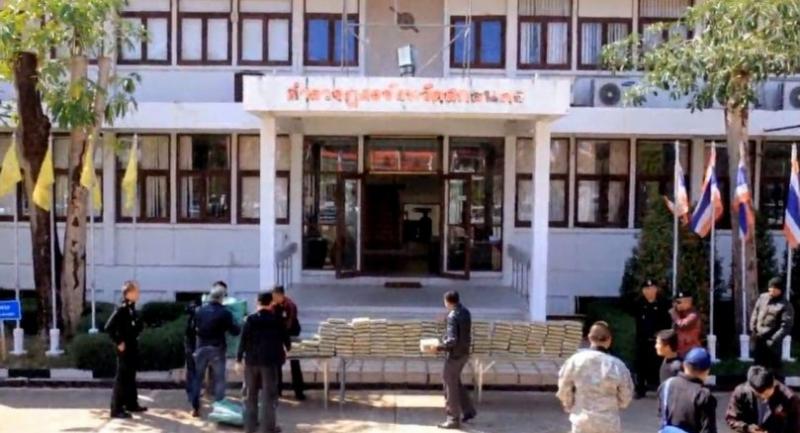 Two male teenagers were arrested on Thursday night following a road accident in which their sedan crashed into a roadside ditch in Sakhon Nakhon’s Muang district and police responding to the accident found 200 kilograms of dried marijuana in the car, police announced at a press conference on Friday.

Sakhon Nakhon police chief Pol Maj-General Somkiat Kerdjongrak said that the two unnamed suspects, aged 18 and 16, were apprehended along with the drugs, the Toyota sedan and three cell phones on Sakhon Nakhon-Kalasin road at 10pm on Thursday. Police found the wrecked car at the scene and subsequently found the drugs on board, after the two injured teens were rushed to a nearby hospital.

Police have now detained the two suspects at the hospital pending an investigation to identify and apprehend their accomplices, Somkiat said.

The street value of the confiscated marijuana was Bt2 million, he said.