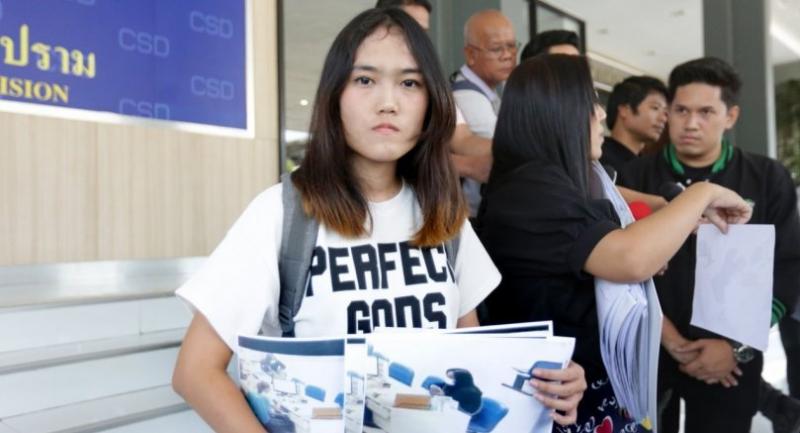 Prachin admitted there was a mistake in taking earlier action against Nicha who was detained by police for three days, so the Justice Ministry will consider providing compensation to the victim as well as legal help to prove her innocence.

The ministry would also cover Nicha’s legal expenses as she showed up yesterday at the Tak provincial court to fight the case while the Anti-Money Laundering Office urged banks to carefully check ID cards used in opening bank accounts or they could face a hefty fine.

Nicha told investigators she was not the person captured in CCTV footage provided by banks’ surveillance system and so her stolen ID card should not have been considered valid for opening the accounts.

The accounts were used by the illegal call centre as part of a scam that lured innocent people to transfer money for bogus claims.