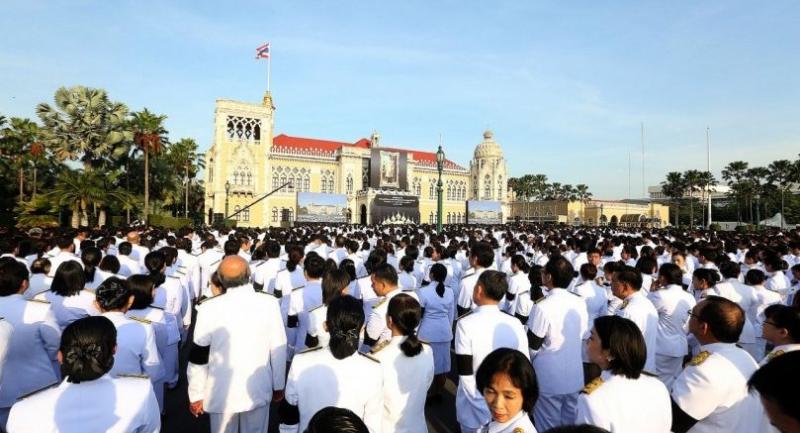 By KAS CHANWANPEN
THE SUNDAY NATION

IN THE not-so-distant future, civil servants might find themselves in a tight spot after the new bill on conflict of interest is enacted. Even receiving a small gift could be a crime punishable by up to five years in jail.

The bill, which has already passed its first reading of the National Legislative Assembly, would ban civil servants and their immediate family from receiving gifts, benefits or offers, such as a special discount, interest exemption, or remission.

This is regardless of who the partners might be. Even transactions between close friends and family members could land a civil servant a criminal charge.

While the legislation is a response to the country’s paramount need of a corruption-coping mechanism, the question arises as to how the stringent rules will affect the everyday lives of millions of civil servants.

During an opinion-gathering session last week, a man claiming to be a Public Health Ministry employee said that people working for the government were not only public servants, they were people with social and personal lives.

“We all have long-time friends, best friends, who offer us gifts and kindness. Will this law prohibit a representation of love in those friendships?” he said. He pleaded with the legislators to reconsider and not take away the social lives of those serving the public.

Mana said the stricter the regulation, the better. This would make it easier for the public servants to work and live. “When the law is written very clearly, the enforcers can work accordingly. This is unlike the current situation where the law is ambiguous and a vast number of committees have to be set up,” the anti-corruption campaigner said.

“More importantly, when the law isn’t clear, civil servants have to be even more careful.

“Any act could fall into the broad definition of corruption and they could easily be convicted.”

Some people were concerned that the new law could elicit unnecessary complaints, causing trouble for both the enforcers and the defenders. However, Mana said there were existing mechanisms that could deter such foul play.

The corruption court that was recently set up, he said, had all these deterrence mechanisms.

Sangsit, a member of the National Reform Council and one of those propelling the bill, said such rigid rules were common in many countries.

Some of them set an even more pressing bar, banning civil servants from receiving gifts with a value of more than $10 or approximately Bt300, he said. In Thailand, the current cap was Bt3,000.

Both graftbusters said honesty was a fundamental value that every civil servant should hold.

Sangsit said that civil servants were extraordinary as they had the public power and their income came from taxpayers’ money. It would not be appropriate for them to have a conflict of interest, he said.

“This isn’t even a sacrifice; it’s a responsibility,” he said. “You earn money from the taxpayers so you shouldn’t get more than that. If you want more, you can find a better place in the private sector.”

Sangsit said that as an expression of love and loyalty in friendship or any relationship, receiving a small gift worth Bt2,000 was more than enough.

A recently retired civil servant who had served in an executive position, who asked not to be named, told The Nation that it had always been the norm not to accept expensive gifts. The reciprocity culture makes it very easy for civil servants to abuse their power in exchange for those gifts, he said.

However, the veteran public servant said that, in reality, the law might not be as problematic as some people thought. It was difficult to scrutinise everyone and he believed most civil servants would not be troubled by the legislation, he said.

“I think it would be more [difficult] for some very obvious cases. And only |high-profile officials or politicians would be the target. Others will be able to carry on with their normal lives just fine,” the source said.