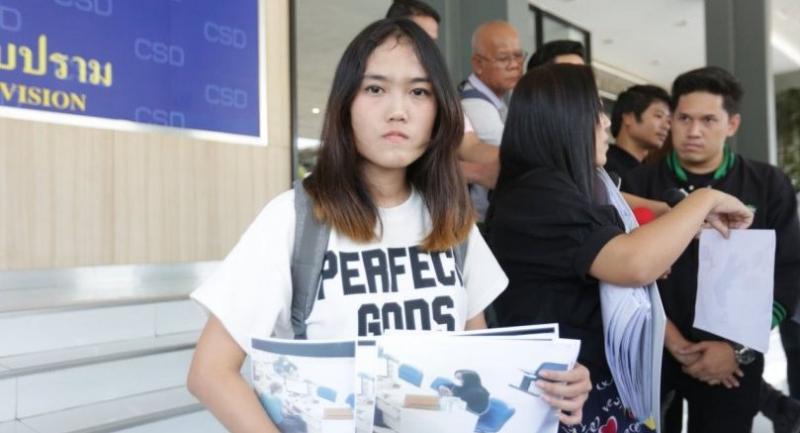 By KITTIPONG MANEERIT
THE NATION

A WOMAN who allegedly stole the identity of a victim to open bank accounts for fraudulent purposes has provided “useful information” to police, authorities said yesterday.

The woman, who was identified only as Paveena, reportedly cooperated with police, leading to more arrests.

“We can’t disclose details yet as we have to investigate further,” Deputy Police Spokesman Pol Colonel Krissana Pattanacharoen said yesterday.

However, a source said police had already traced all suspected wrongdoers connected to the fraud case.

“All suspects are now in detention,” the source said. “Police will talk to banks and plan to hold a press conference on the case on Tuesday [tomorrow].”

Nicha, who was detained for three days over a fraud charge before being released on bail, claimed she had applied for a new ID card after her wallet went missing in early October, but the culprit was still able to use the old card to open accounts.

The source said Paveena had told police that a man identified only as Simon had offered to pay her Bt10,000 for opening the five accounts but she said eventually she was only paid Bt4,000.

She also said did not know Paveena.

Asked about the relatively large amount of money deposited in and withdrawn from her bank accounts, Nicha said the accounts were for her family business.

She added that on average, the cash flow volume was about Bt100,000 a month.

Asked about reports that she had talked on the phone with the suspected wrongdoer, Nicha said she suspected that her stolen ID card might have also been used to register SIM cards for cell phone services.

Nicha also admitted that she had lost her national ID card three times – once in 2014 and twice last year.