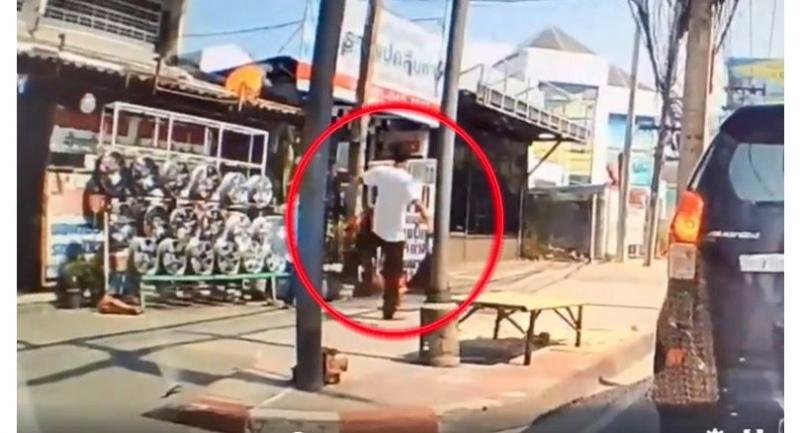 Angry Facebook users are urging each other to help locate an unidentified man who kicked a young boy on a pavement in Bangkok on Saturday, which was also National Children's Day.

Several people posted furious comments and clues about the man’s identity after a video clip of the incident was posted at 6pm on Sunday by a Facebook user, Chaimongkol Chartnafai.

The clip showed a mother walking down the road with a small boy walking after her when a tall man in white shirt and black trousers suddenly kicked the young boy, sending him to the ground, before walking away without saying a word.

The horrified mother helped the boy up and looked on in disbelief as the man fled the scene.

The incident happened in front of tyre repair shop near the Lam Salee Intersection, about 700 metres from Hua Mak police station.