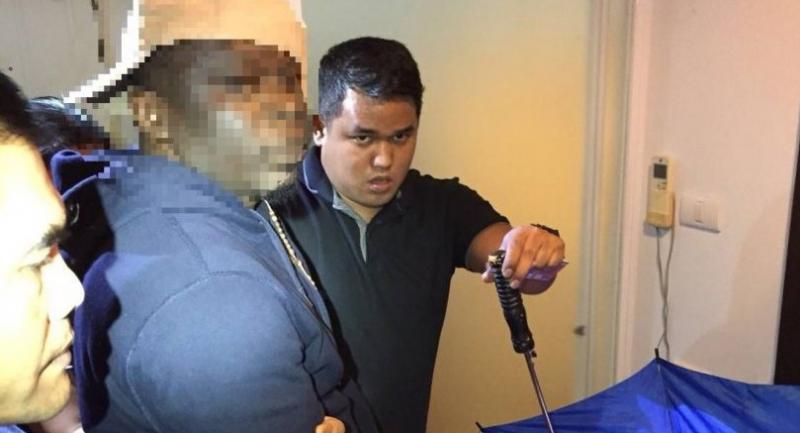 Children and Women Protection Sub-Division police officers arrested a Nigerian drug suspect and his Thai wife and seized 127.14 grams of cocaine worth Bt400,000 on Monday night, a police source said on Tuesday.

Following the arrest of Nareuchon “Beam” Sunthornkran, 49, in a parking lot in Soi Rojmin of Bangkok’s Wang Thong Lang district, her husband, Emeka Edwin Udeze, 40, was apprehended allegedly in possession of cocaine at their shared apartment in Ramkhamhaeng area. The man reportedly confessed to receiving the cocaine from his compatriot who had already fled the country to sell it to customers at night entertainment venues.

The couple’s arrest stemmed from a previous bust of drug users who had said a Thai woman nicknamed “Beam” had sold them the drugs via the Line chat application. Police then conducted a sting operation and apprehended the woman while she was delivering drugs in the parking lot. Nareuchon reportedly said she had received the drugs from her Nigerian husband, whom she had been married to for four years.

The couple were initially charged with possession of cocaine with intent to sell.