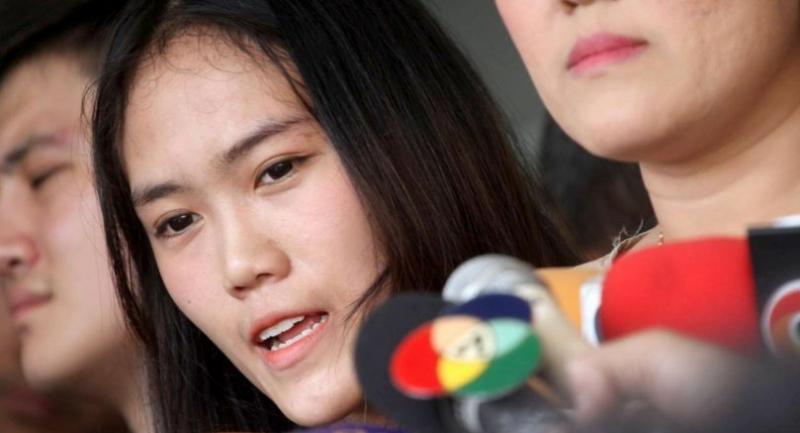 POLICE ARE expected to clear Nicha Kiatthanapaiboon of any involvement in a social media scam after her ID card was stolen and used to illegally open bank accounts that cheated people out of their money.

Pol Colonel Pananchai Chuenjaitham, a deputy chief of the police unit responsible for suppressing social media and other related money scams, said there had been no evidence so far to implicate Nicha, 24, of any involvement in a so-called “romance” scam that cheated social media users out of their money.

A source said Nicha had cooperated with police in the investigation after she told them her ID card had been lost at a convenience store. The ID card was then mistakenly returned to Paveena Singpibul, 31, who is facing criminal charges regarding her role in the “romance” scam.

The stolen ID card was later sold to a Camaroon national for Bt5,000 and used by Paveena to open multiple bank accounts and purchase mobile phone SIM cards.

Meanwhile, Nicha had provided more evidence to back her claim that more than Bt6 million previously transferred into her accounts had no connection with the money scams.

It was suspected earlier that Nicha could have an accomplice in the fraudulent scheme due to the fact that she had previously reported three losses of her ID card while her bank accounts showed more than Bt6 million had been transferred into her accounts.

Police said they were checking the money trail of members of a criminal network that includes a foreigner and two locals who were responsible for opening dishonest bank accounts that enabled them to receive the money.

Meanwhile, the Anti-Money Laundering Office (AMLO) said there are currently about 4,000 bank accounts believed to be illegal due to the use of stolen or fake ID cards.

The agency has also threatened to take legal action against banks and other financial institutions which fail to ensure that accounts are properly opened by customers since dishonest accounts can be used for money-laundering schemes and other criminal activity.