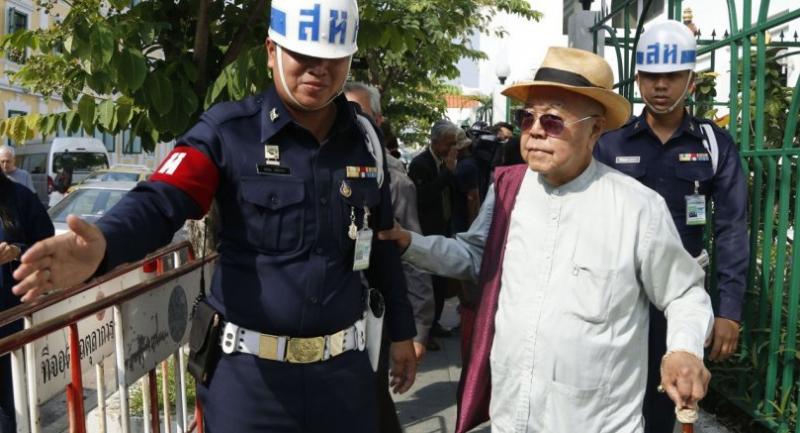 A lese majeste charge in military court against social critic Sulak Sivaraksa was dropped on Wednesday.

The 84-year-old scholar faced the charge after questioning the historical accuracy of the story of King Naresuan’s victorious elephant battle more than four centuries ago.

After investigations lasting more than three years, military prosecutors decided to drop the lawsuit because of insufficient evidence, according to a message on Sulak’s Facebook page and his lawyer.

Another charge against Sulak for allegedly breaking the Computer Crime Act in connection with the same incident was also dropped.

During an academic seminar on October 5, 2014, the scholar questioned the historical accuracy of conventional depictions of the elephant battle.

The duel, in which the Siamese King Naresuan is said have been victorious over Burmese Crown Prince Mingyi Swa more than 400 years ago, is often regarded in mainstream Thai historical accounts as a momentous victory that freed Ayutthaya from Burmese rule.

The lese majeste law, according to Article 112 of the Penal Code, reads: “Whoever defames, insults or threatens the King, the Queen, the Heir-apparent or the Regent shall be punished with imprisonment of three to 15 years.”