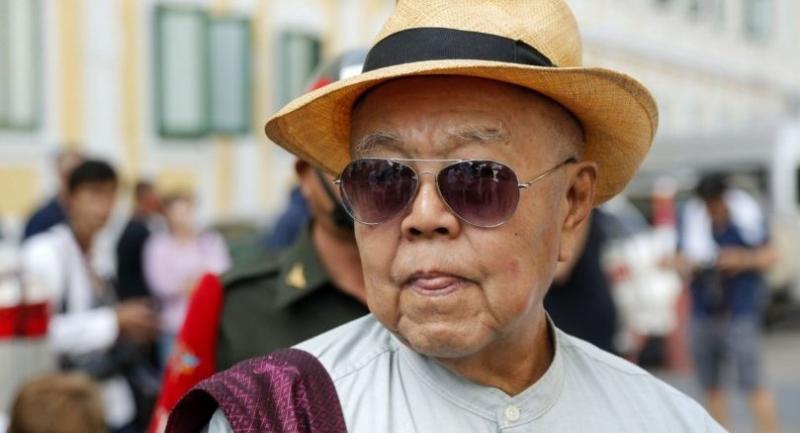 A LESE majeste charge against prominent social critic Sulak Sivaraksa was dropped yesterday as military prosecutors said they did not have sufficient evident to punish him for a speech questioning the historical accuracy of a legend about an Ayutthaya king.

The 85-year-old scholar was charged in Military Court with lese majeste and violating the computer crime law after he questioned the story of King Naresuan’s elephant battle more than four centuries ago.

After investigations lasting more than three years, military prosecutors decided to drop the lawsuit because of insufficient evidence, according to his lawyer.

Another charge against Sulak for allegedly breaking the Computer Crime Act in connection with the same incident was also dropped. That charge was filed because his speech was reported on the Internet and social media.

Sulak said he did not know the real reason behind the decision to drop the case against him, but added that it had been made without any conditions. “Previously they asked me to shut my mouth, but I can’t. I’m dying to speak the truth. Human beings must have freedom of expression,” he said, adding that he had previously submitted an appeal to HM the King asking for royal mercy in the case. During an academic seminar at Thammasat University on October 5, 2014, the radical conservative intellectual questioned the historical accuracy of conventional depictions of the elephant battle.

The duel, in which the Siamese King Naresuan is said to have been victorious over Burmese Crown Prince Mingyi Swa more than 400 years ago, is often regarded in mainstream Thai historical accounts as a momentous victory that freed Ayutthaya from Burmese rule.

King Naresuan the Great ruled Ayutthaya from 1590 to 1605. His reign is regarded as a great period for the Ayutthaya kingdom’s power in the region as he is recorded as having defeated many neighbouring kingdoms.

The story is also deeply entrenched in Thai military culture as the Royal Thai Armed Forces Day is premised on the said elephant battle victory, which is related to have occurred in January 1593. The lese majeste law, according to Article 112 of the Penal Code, reads: “Whoever defames, insults or threatens the King, the Queen, the Heir-apparent or the Regent shall be punished with imprisonment of three to 15 years.”

In practice, the law has protected people in office and had never previously been applied to the ancient kings.