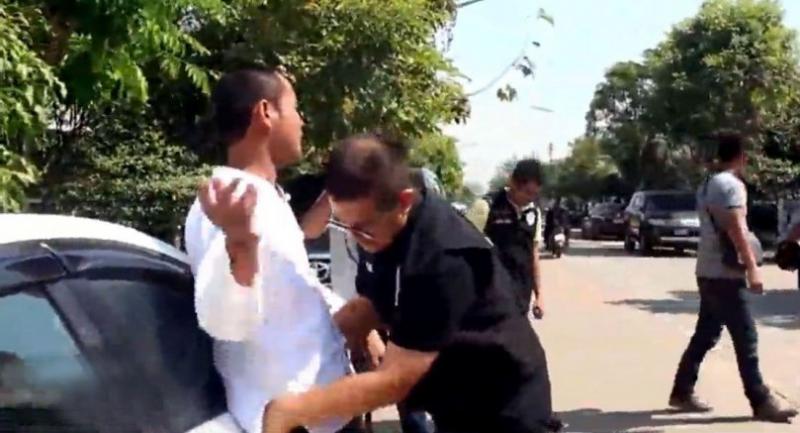 A highway policeman whose common-law wife was arrested on Monday in Udon Thani for alleged drug trafficking has denied knowing anything about her activities.

Pol Lt Colonel Thanakrit Nitsapan insisted he had nothing to do with the trafficking operation allegedly run by Thip-apa Raksasaeng, 31.

He believed she earned her living as a money-lender. Thip-apa stands accused of running a network linked to a larger drug ring allegedly led by Xaysana Keopimpha, the Lao arrested at Suvarnabhumi Airport in January 2017.

The smaller network is believed responsible for the 500 kilograms of marijuana seized in Songkhla last October. Thanakrit was taken into custody on Wednesday night, hours after the criminal court issued an arrest warrant for him on charges of conspiracy to possess marijuana for sale and taking assets or other benefits in exchange for abetting a crime.

Thanakrit has been suspended from duty pending the outcome of the investigation.