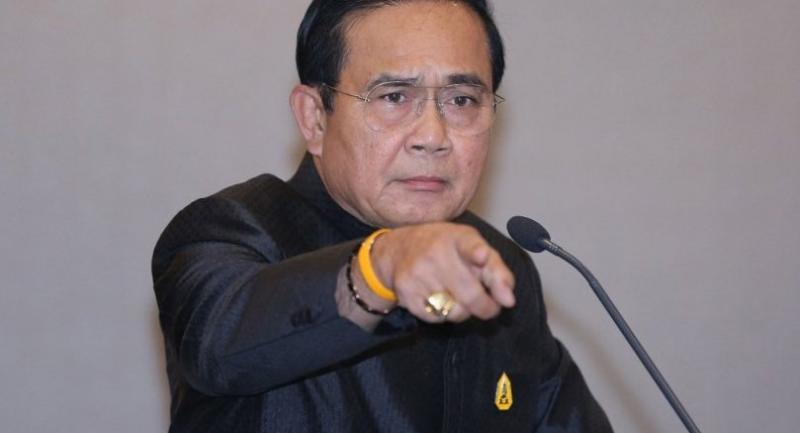 THAILAND UNDER the junta has fared poorly on human rights, with no significant steps taken to restore basic freedoms and democratic rule last year, an international watchdog has said.

Human Rights Watch (HRW), in its World Report 2018 released yesterday, said the ruling National Council for Peace and Order (NCPO) had failed in 2017 to keep its repeated promises made at the United Nations and elsewhere to respect human rights and restore democratic rule.

“The government announced the national human rights agenda in November, but did not end repression of civil and political liberties, imprisonment of dissidents, and impunity for torture and other abuses,” the report said.

In the latest 643-page annual report, its 28th edition, HRW has reviewed the human rights situation in more than 90 countries.

The report said that as head of the junta, Prime Minister General Prayut Chan-o-cha “wields limitless authority, including the military’s power to arrest, detain and interrogate civilians without safeguards against abuse”. There are still at least 1,800 civilians facing prosecution in military courts, which do not meet international fair-trial standards, it added.

“Thailand’s military junta has used its unchecked powers to drop the country into an ever-deeper abyss of human rights abuses,” said Brad Adams, HRW Asia director. “Instead of restoring basic rights as promised, the junta prosecuted critics and dissenters, banned peaceful protests, and censored the media.”

“Prime Minister Prayut’s empty promises cannot justify a return to business as usual with Thailand,” Adams said. “Governments around the world should press the junta to immediately end repression, respect fundamental rights, and return the country to democratic civilian rule,” he added.

Media outlets face intimidation, punishment and closure if they publicise commentaries critical of the junta or raise issues the NCPO considers to be sensitive to national security, the report said. Last year, some television and radio stations were temporarily forced off the air, and were allowed to resume broadcasting only after they agreed to practice self-censorship.

HRW said that since the 2014 coup, Thai authorities have arrested at least 105 people on lese majeste charges. Some defendants have been convicted and sentenced to many years of imprisonment.

Also, the NCPO continued to summon members of the opposition Pheu Thai Party and the United Front for Democracy against Dictatorship (UDD), as well as anyone accused of opposing military rule, for “attitude adjustment”, according to the report. Arrests were also made of dissident academics and journalists, as well as protesters against government projects.

In 2017, the NCPO rejected calls by human-rights groups to disclose information about persons held in secret military detention, and summarily dismissed all allegations that soldiers tortured detainees. “The junta did not move 369 cases [involving the prosecution of approximately 1,800 civilians] out of military courts and into civilian courts as required by international law,” HRW said.

To worsen the human rights situation, the HRW said, the National Legislative Assembly in February suspended its consideration of the Prevention and Suppression of Torture and Enforced Disappearance Bill, which would make torture and enforced disappearance criminal offences in accordance with Thailand’s treaty obligations. The government has not clarified whether the bill will be reintroduced.

However, there was some improvement. HRW said that in March 2017, in response to domestic and international pressure, the Internal Security Operations Command announced that it would end its legal action against activists Somchai Homlaor, Pornpen Khongkachonkiet and Anchana Heemmina, who accused the military of torturing suspected separatist insurgents in the southern border provinces. On October 24, prosecutors informed the police that the case had formally been dropped.