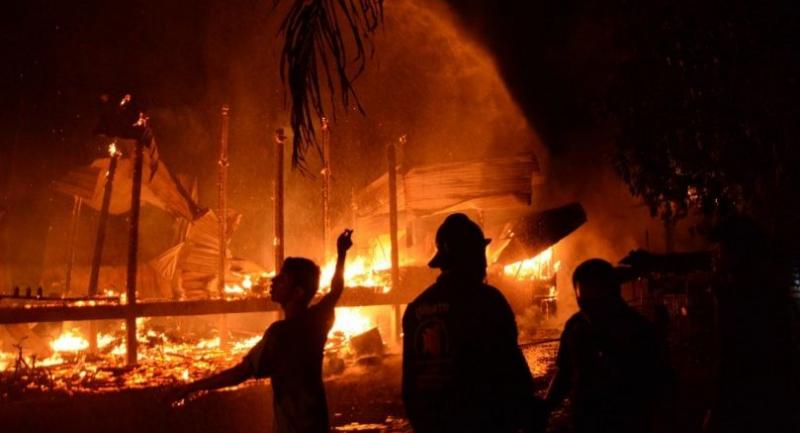 A fire that broke out at a former village headman's teakwood home in Khamphaengpetch’s Muang district early Sunday morning caused an estimated Bt2 million in damages.

No one was injured in the fire, which took firefighters less than half an hour to put out. Ex-village headman Sawang Chandaeng, 70, and his four family members tried to douse the flames, but they quickly spread throughout the house from the initial site, the toilet’s ceiling. The fire began around 12.30am. They fled with only the clothes they wore, some documents and a cooking-gas cylinder.

Sawang said the house, located on Khamphaengphetch-Pran Kratai road in Ban Khlong Huai Sai in Tambon Nong Pling was built for Bt2 million seven years ago. Most of his belongings and valuables, including gold ornaments worth nearly Bt100,000, were lost in the fire.

Police suspect the cause was a short circuit and are conducting a probe to confirm it.