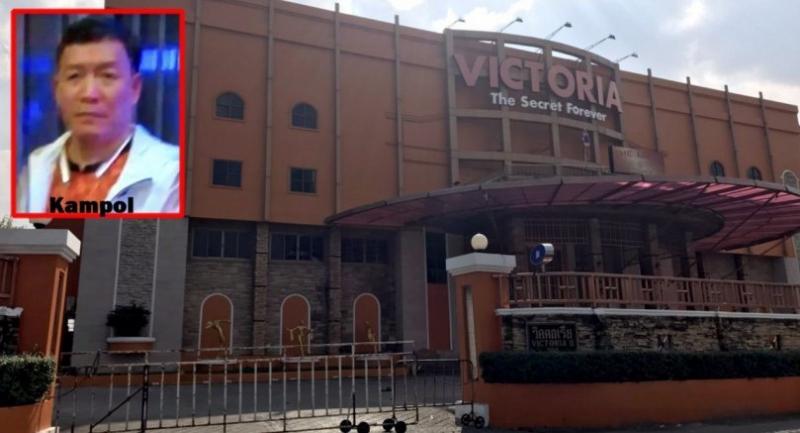 DEPARTMENT of Special Investigation (DSI) officers will with the Immigration Police Bureau dispatch a team to hunt for a wanted businessman and his wife linked to a raided Bangkok massage parlour.

Kampol Weerathepsuporn, 61, has been identified as the real owner of the Victoria’s: The Secret Forever, which was raided on January 12 over suspicions that it had engaged in underage prostitution and human trafficking.

DSI chief Pol Colonel Paisit Wongmuang said DSI investigators would today meet to delegate work and officially contact the Immigration Police Bureau to help hunt for the couple. He said the DSI would also send a special team to assist the manhunt.

DSI deputy chief Pol Colonel Songsak Raksaksakul, who is in charge of the human trafficking investigation linked to Victoria’s, said the DSI did not have information that the pair had fled the country, so they were believed to be in Thailand.

The DSI took over the case from police last Friday, the same day in which the criminal court issued arrest warrants for Kampol and his wife Nipa Weerathepsuporn, 68, on 12 charges, including procuring prostitution and human trafficking. Former parlour owner, Chuvit Kamolvisit, earlier last week named Kampol as the real owner. Meanwhile, Immigration Bureau chief Pol Lt-General Sutthipong Wongpin said the couple were believed to still be in Thailand. Information about the couple has been sent to all immigration checkpoints nationwide, while officers have been sent to patrol natural border crossings the suspects might use to escape.

There had not been any reports of them leaving the country, Sutthipong added.

The DSI and the military raided the venue and rounded up more than 100 women and girls suspected of working as prostitutes there. At least 11 of the suspects were later found by preliminary tests to be under 18.

At least seven suspects have already been detained in connection with the case, including Sasithorn Weerathepsuporn, a major shareholder and the licence holder of the business, who turned herself in to police last Tuesday.