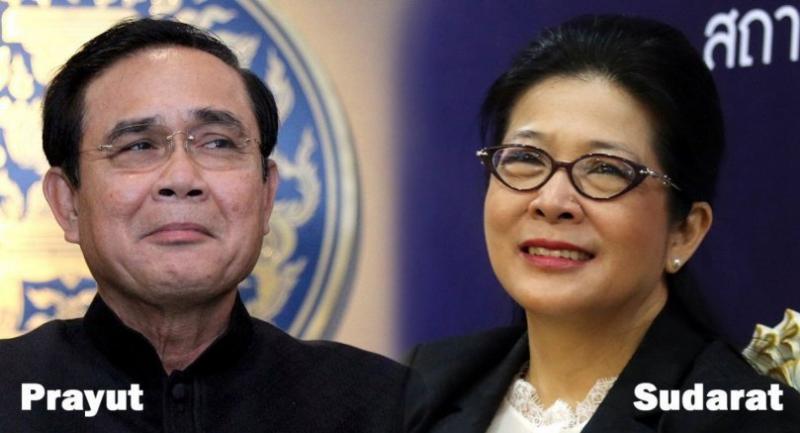 KHUNYING SUDARAT Keyuraphan, a veteran politician from the previously ruling Pheu Thai Party who is tipped to lead the party to fight the next general election, has emerged as a candidate to become the next prime minister.

Among the existing senior politicians, she has been viewed as the strongest competitor to incumbent Prime Minister General Prayut Chan-o-cha, who according to many political observers is a leading candidate to become the next government head – although he is prohibited by law to contest the election.

For many political observers, Prayut’s recent moves have indicated his political ambition. These included his admission that he is a politician and his unusually frequent visits to different rural areas.

Sudarat, meanwhile, has won the blessing of Pheu Thai’s “big boss”, fugitive ex-PM Thaksin Shinawatra, for her to lead the party into the election.

This was the first time that Sudarat has clearly campaigned against Prayut.

It came shortly after a group of Pheu Thai politicians from the Northeast declared their “lifelong loyalty” to the party – a development that came amid speculation that new, pro-Prayut political parties are wooing election candidates from established parties such as Pheu Thai.

Pheu Thai will need a landslide victory in the next election, tentatively scheduled for November, or a House of Representatives majority if it wants to prevent an outsider PM.

After the election, only two camps seem likely to contest to form the next government – Pheu Thai and the pro-Prayut alliance. While Pheu Thai has no clear allies, the other camp seems to have gained support from many political groups.

That was why Pheu Thai tried to find allies by asking other political parties to back its campaign against an “outsider” becoming prime minister. Pheu Thai’s selling point is to declare itself as a champion of democracy that is opposing a non-democratic way of selecting the government head.

The other major political party, Democrat, has only a small chance of contesting for premiership, as it is unlikely to win the most House seats. The Democrats have often stood opposite Pheu Thai and the possibility of the two parties joining forces after the election has been ruled out by many senior Democrats.

It is more likely that the Democrats would join the pro-Prayut camp, as they have never made it clear the party is against an outsider prime minister.

Some political observers say if it fails to win a commanding House majority, Pheu Thai may try to woo the Democrats to form a two-party coalition government by offering their long-time rivals the prime minister’s seat.

However, after the next election, the contest for the PM’s seat will be more likely between Prayut and Sudarat.