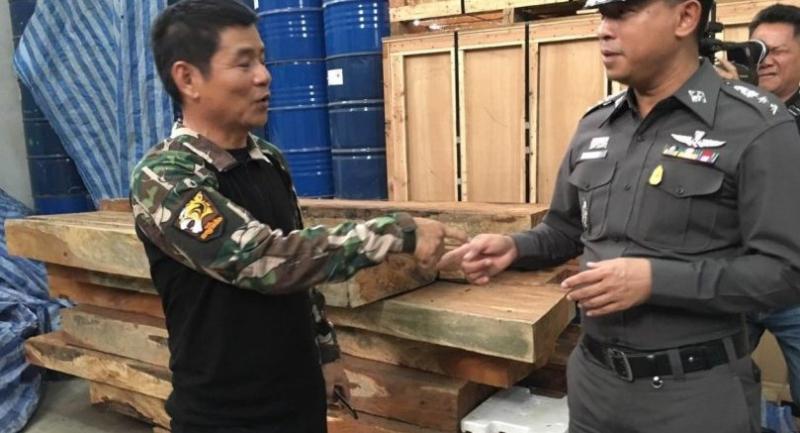 More than Bt30-million worth of protected timber was seized at a warehouse in Samut Prakan, which was reportedly pending export to China, and a Chinese national was arrested on suspicion of illegal trading.

Police and National Park, Wildlife and Plant Conservation Department’s “Phaya Suea”, or “Tiger King”, taskforce on Thursday conducted a raid on the warehouse in Bang Phli district and found nine crates of smuggled Siamese rosewood and Burma padauk timber, together worth more than Bt30 million. Officers also arrested five workers at the warehouse.

Officers interrogated one of the five workers who was arrested, leading to the apprehension of the Chinese national, who was identified only as “Hong”, at his office in Bangkok’s Sathon district. He was charged with possessing and trying to export protected timber.

Srivara said there had been more than 100 crates of timber smuggled to China transiting the warehouse.