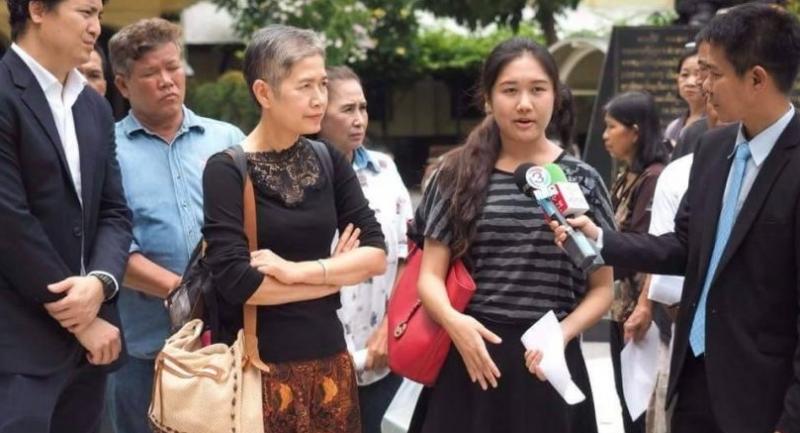 An anti-coup activist has claimed to have fled the country after receiving a police summons in a case in which she is accused of lese majeste.

Chanoknan Ruamsap, a spokeswoman of the now-defunct anti-coup group New Democracy Movement, said in her latest Facebook message on Sunday that she had chosen to flee Thailand rather than be prosecuted.

In her message, 25-year-old Chanoknan said she had received a summons on January 16. In a copy of the document dated January 3 and posted in her Facebook message, the activist is instructed to meet with a case investigator at Bangkok’s Kanna Yao police station on January 18.

The case results from a police complaint filed by Lieutenant Sombat Dangtha, who accused Chanoknan of insulting the monarchy. It is a charge under Article 112 of the Penal Code covering lese majeste.

In December 2016, Chanoknan shared on social media a BBC Thai report about His Majesty the King. It was the same report that was also shared by fellow activist Jatupat “Pai Dao Din” Boonpattararaksa, who is serving a two-and-a-half-years’ imprisonment for lese majeste.

Chanoknan has fled to an Asian country, according to sources who declined to identify her destination. It was unclear how she left the country.

In her Facebook message, the activist said it was a “very difficult decision to make” in leaving her parents and close friends to live in a foreign land as a “refugee”.

“I had less than 30 minutes to decide whether to stay or leave. What’s difficult was that leaving this time, I may not be able to return home again,” she wrote.