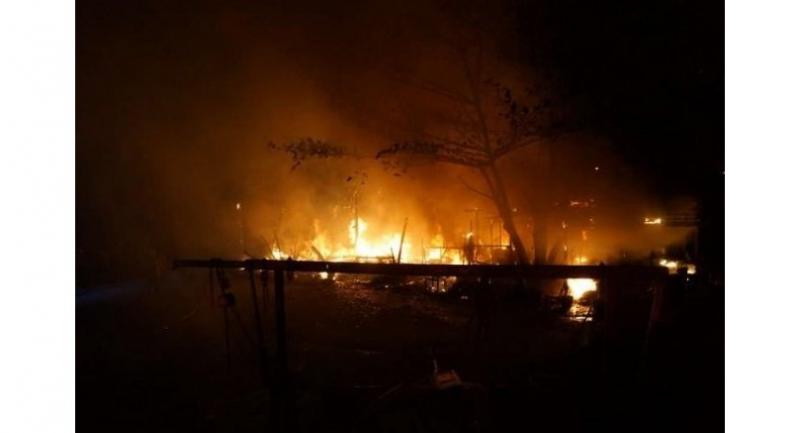 Damage has been estimated at Bt3 million, but no one was injured.

Firefighters with seven fire engines and police led by Pol Lieutenant Thanes Sirichom of Samrong Tai precinct were on the scene shortly after 12.30am in Soi Thesabal Muang Phuchao Samingprai 21 (Soi Wat Bang Ya Praek).

They found the house, one of three teak homes on a three-rai property, engulfed in flames. The blaze was extinguished after an hour.

The fire had also razed a storage shed containing parts for a backhoe.

Phuripat Yimyaem, 24, son of homeowner Chalee Yimyaem, 50, who is paralysed, said they were sleeping in a newer house on the property and were awakened by the fire.

The destroyed house was unoccupied and being used only for storage.

Police suspected a short circuit, but forensic officers will have to determine the exact cause.