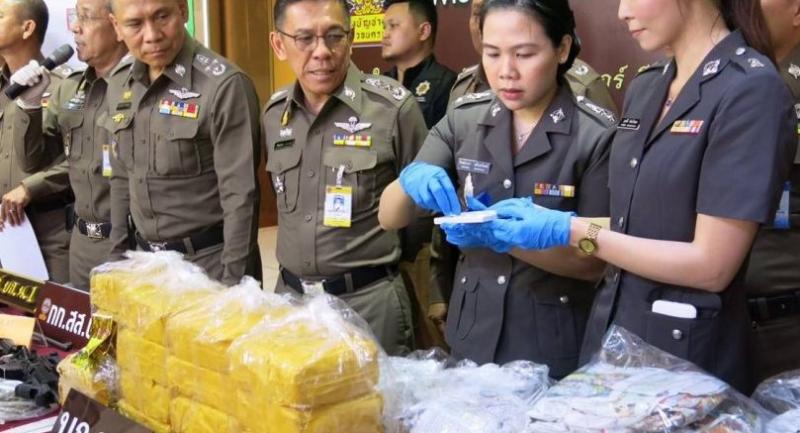 A couple have been arrested in Pathum Thani with 401,800 methamphetamine pills, 22 kilograms of crystal meth and three rifles, police said on Wednesday.

The arrest was announced at a press conference at the Metropolitan Police Bureau by Deputy Police Commissioner General Pol General Chalermkiart Sriworkhan and other senior police officers.

They were arrested at their rented room in an apartment building in Tambon Kukot in Lamlukka district on Tuesday.

Police made the arrest after the suspects in an earlier case implicated them, saying they received drugs from the couple’s apartment for reselling.

The couple said they were hired by two unidentified bosses to smuggle the drugs from the Thai-Lao border in Nong Khai and to keep the drugs at their rented apartment. They claimed they were paid Bt80,000 each and said they had smuggled drugs nine times since September last year.